Join us in Leonard as we bring you the scariest haunted attraction in the Red River Valley since 2003.

Ziggy ain’t your age-old bus driver. His carelessness has brought him to some strange places. As a graduate of “Stu Podasso’s Professional School for Po-fessionalz,” Ziggy makes your safety his number two priority, with number one being…. you don’t go number two on his bus!

Striker is a diabolical mass murderer. He escaped from a maximum security prison where he was being held for crimes too heinous to mention. He carries a razor sharp blade and wears a gas mask to conceal his identity. Watch out for him, or your fate may be the reason for his next incarceration.

Stu Podasso, THE original bus driver with his wild temper and driving abilities, helped to put Acres of Terror on the map. Stu is currently in retirement due to his destruction of his beloved six-wheeled bus, Old Betsy, who has since taken the shape of a pancake. Stu, knowing he could never love another bus, has chosen to step down, turning the reins over to ZiggyD Wolf.

Scremit Da Klown, a fear invoker indeed, is a deranged sociopath. After living a hard life in the circus, a psychotic breakdown has driven Scremit to take his repressed anger out on unsuspecting individuals who roam too close to his layer. Keep an eye out for Scremit, or he will have your eye out for sure. 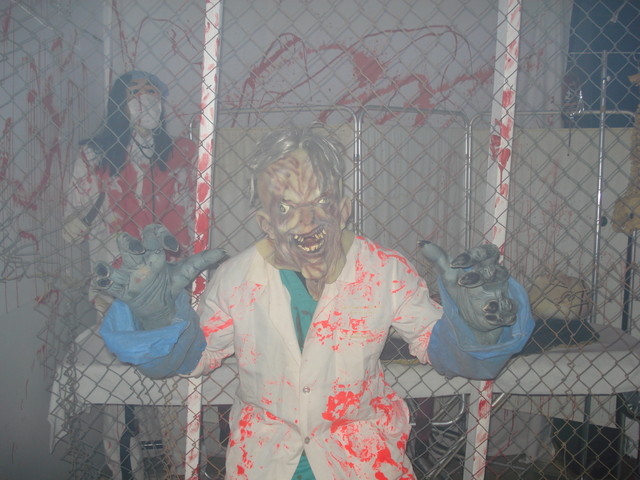 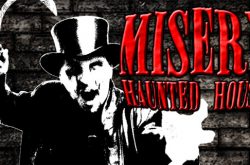 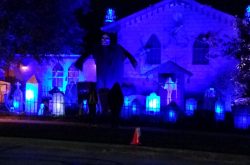 The display is viewable 24 hours a day; however, the animations run from dusk to 9:00 PM Sunday - Thursday and Dusk - 10:00 PM Fridays and Saturdays.

Verify ownership of
Acres of Terror