The McCall family owned this land for centuries. They farmed the land & raised livestock for their butcher shop. Then in the early 70s the State Highway Dept. decided to build an interstate right through the farm. Mr. McCall fought it with all he had, but in the end lost. He was never the same after this defeat. He watched helplessly as the highway was constructed right through his family land. Over time the farm fell into ruin, a shadow of its former self. Mysteriously, his family was never seen or heard from again.   It was rumored that Farmer McCall slaughtered his wife & children, though there was no evidence to prove it. In the following years there were even more rumors of missing tourists that broke down on the road near the farm. There were superficial investigations by the local authorities but they could never find any evidence that Mr. McCall had anything to do with the mysterious disappearances. Some locals suggested that Mr. McCall was butchering motorists that broke down near his farm. Shortly after these rumors began to circulate, Mr. McCall seemed to disappear as well.   Finally, local officials searched the farm for Mr. McCall and his family after no one had seen or heard from them in months. Their worst fears were realized when they found skeletal remains of many missing tourists. The most shocking discovery however was the shallow graves of Mrs. McCall and their 4 children.   Mr. McCall was never found. However, some claim to see him tending the fields at night, carrying on his gruesome work.

Due to long wait times for our haunts in the past, we have implemented a system that allows you more time to enjoy the farm without spending all of your time in line. As you arrive, pick up a custom playing card at the entrance. These cards will determine your place in line at each haunt. Watch our monitors (located at the entrance to each haunt & in the red barn pavilion) for your card to be called. At that time you may line up for the haunt. If you miss your call time, but your card has already been called, you can line up at that time. You must show your card as you enter the haunt line & surrender your card at the entrance of your last haunt. Of course, if you purchase a VIP Pass, you may line up in a separate queue at any time. We hope this will provide a more positive experience on our busy nights & will allow you time to eat, shop, hang out with friends, use the restrooms… without feeling pressured to get in line as soon as possible. 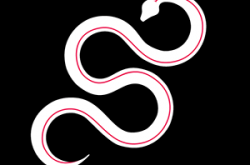 Sinfully Good Sound Effects and Sound Design Sound provides a unique form of signaling – it is omni-directional, meaning that it can signal an object or event that is completely… Read more…