The hospital is the most important place in humanity’s world. Life begins there, and it certainly ends with death there. Diseases are cured, stitches sewn, and miracles made. Perhaps the truest and most manifested physical source of hope people have, the hospital is crucial to humanity’s survival. But what becomes of hospitals that have been abandoned for reasons of finance, location, or bigger facilities? Often too elaborate and expensive for demolition, the hospitals are simply left to the ruin of the elements. And as many paranormal seekers have found, these abandoned hospitals aren’t so quiet. The Old South Pittsburg Hospital is quite possibly the most haunted hospital in the entire United States.

Located a dozen miles outside of Chattanooga, Tennessee, the Old South Pittsburg Hospital is perhaps one of the most active and terrifying abandoned hospitals in the South. As far back as 1778, a Native American tribe called the Chiaha inhabited the land that the hospital was eventually built on. Peace was a mainstay until decades later when both Union and Confederate forces came through and slaughtered a large amount of the Chiaha. Some mass graves were used, and after the Civil War, the property was abandoned all the way up to 1959 when the South Pittsburg Hospital was built to help the growing area populations. After a slew of wrongful death and malpractice lawsuits, on top of haunting rumors, the South Pittsburg Hospital closed in 1998. And that’s when the ghost hunters began to take a closer look. 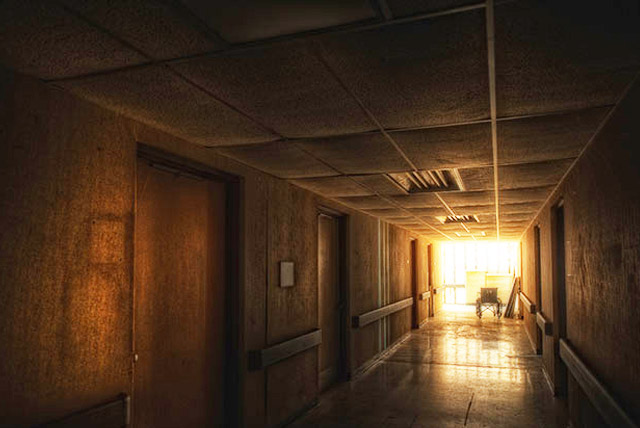 Paranormal seekers would conduct overnight stays in the hospital in attempts to gauge the full level of activity. Abandoned medical furniture such as gurneys and wheelchairs would move on their own. Leftover hospital beds have been known to relocate to other previously empty patient rooms without any human involvement. The second floor of the hospital was home to the emergency room and general admissions. A large EVP presence has picked up a rather disturbingly large amount of screams from men, women, and unfortunately children. No doubt that their screams came from whatever reasons brought them to the hospital in the first place.

The Ghosts of the Old South Pittsburg Hospital

The third floor of the hospital is where the majority of the surgical operations were performed and is said to be the most active. A shadowy figure ranging seven to nine feet in height floats in and out among the rooms. This particular spirit is no fan of the living and ghost hunters have claimed to have not only seen the spirit but audibly hear it tell them to “get out!”. Some ghost hunters have theorized the shadow figure to be demonic in origin as a foul smell can be accompanied whenever its presence is very close at hand. 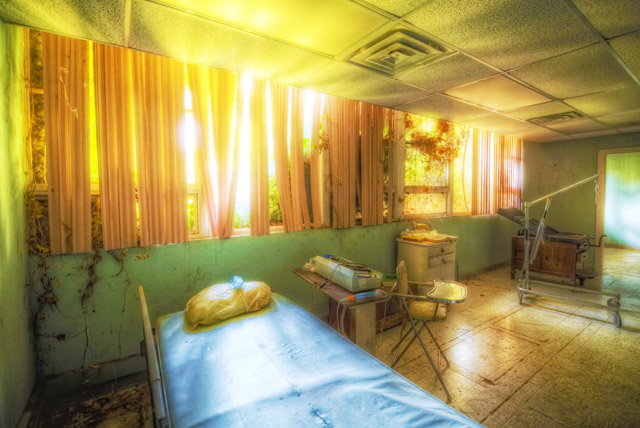 There has been reported physical deaths of nurses while on duty at the hospital, so there have been sightings of ghost nurses in the building. One, in particular, is referred to as the “naughty nurse” as she has been known to get physical with some unsuspecting ghost hunters by touching them in inappropriate places. Given the demonic association with the shadow figure on the third floor, it’s anyone’s guess as if it is truly a leftover spirit of a nurse who was employed there, the ghost of a long passed Chiaha tribe member, or something much more sinister.

Given that the hospital had a maternity ward, there is the spirit of a child that is in the building as well. Affectionately named “Buddy” by paranormal groups, the spirit is believed to be of toddler age. There have been reports of objects being rolled towards unsuspecting ghost hunters and visitors by Buddy in an effort to have them roll it back and play with him. One unidentified ghost hunter claimed to have heard Buddy’s spirit ask softly if she would please pick him up and hold him. As endearing as Buddy’s little spirit is, there has not been any malevolent activity associated with his presence.

To help further advocate that there is life after death, the Old South Pittsburg Hospital is fully endeared and accommodating to the paranormal and ghost hunting community. It is operated by paranormal enthusiasts who actually open up the hospital for investigations and their website is fully accommodating to any questions or tour inquiries. There are both daytime and nighttime tours as well as overnight investigations for the crazy brave. According to various groups, there is simply no “perfect” time in which to capture a shadowy figure on film or record a disturbing EVP. Simply put, the activity there is running twenty-four hours a day, seven days a week….just like a real hospital. 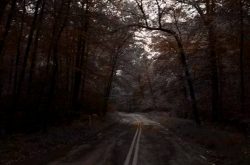 The Legend of Haunted Clinton Road, America’s Most Cursed Highway In West Milford, New Jersey, the eerie Clinton Road stretches almost 10 miles, has one of the… Read more…