Built in 1929, this hotel is haunted by the occupants that could not escape a fire on December 20, 1970. The fire killed 28 people in the hotel including the owners who resided in the penthouse at the time. Most of the people perished on the top floor during a Christmas party for Hughes Aircraft (Raytheon). The top floor was rife with fire hazards and the building hadn’t been up to code because it was grandfathered in with hotel’s age. The hotel has been converted to an office building now, but the spirits of those 28 souls remain.

The ghosts of those 28 souls are said to haunt the top floor. Footsteps and music are heard playing in the evenings. People have said they smell smoke that is not there. The ghost of a small girl has been seen, who is said to have been looking for her mother when the fire took them. It’s as if the holiday party never ended. 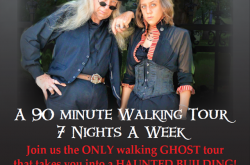 The only walking ghost tour in St. Read more… 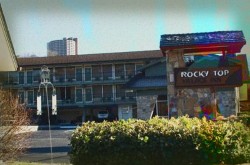 The Rocky Top Village Inn has since been torn down and replaced with a Courtyard Marriot. Read more…