Mineral Point, Wisconsin is one of the smaller towns in southern Wisconsin. With a population barely over two thousand people, this charming little township is one of the most unassuming places to be harboring any paranormal activity. Even with the Mineral Point Graceland Cemetery Vampire within close distance, overall the appearance here is friendly, rustic, and delightful. However, within this town is the locally famous Walker House. But did a tragic start to this 160-year-old inn, carry over enough paranormal energy to where the haunting is still be discussed to this very day?

Is the Walker House Haunted?

Lying fifty miles west of the bustling Wisconsin city of Madison, the Walker House in Mineral Point was first constructed in the year 1860. An Irish-born proprietor named William Walker eventually migrated to this area of Wisconsin and felt that a suitable inn was needed. Walker built the future inn that bore his namesake on a piece of land that unbeknownst to him, held a very dark past. Eighteen years before the inn’s construction, a man named William Caffee was said to be hanged in the area. His offense of the day was killing another man after engaging in a fight at a local dance. Sentenced to hang, Caffee was marched out to the gallows on November 1, 1842 and with a thrust of the gallows lever, was executed by none other than the Iowa County Sheriff himself. Yet despite being executed so long ago, people are beginning to believe that Caffee’s ghost haunts the Walker House.

The inn closed in 1957, and reopened decades later after vandalism had its turn at the inn and renovations were needed. Fast forward to the present day, and there’s a contingent of visitors who have walked away from a short or lengthy stay to the Walker House absolutely convinced that it is indeed haunted by a ghost. The scariest and most frightening reports are from individuals who see a headless ghost! At different times guests have seen this chilling apparition on the second floor.

Also with most sightings on the second floor, there are bursts of vicious cold spots without any explanation, even in the middle of a heated summer. Some people have claimed to see Caffee’s spirit linger long enough that they’re instantly prompted to take a photograph. However, for unexplained reasons when trying to capture his spirit on film, the cameras either take a negative shot or they simply don’t work at all, but work just fine any other time in the hotel.

Paranormal groups have been in and out of the Walker House over the years and many believe that Caffee’s spirit, while altogether chilling and eerie to encounter, is genial as no malevolence has occurred. Today, the Walker House is enjoying a historical resurgence in Mineral Point and remains one of the most highly booked inns in the surrounding area. 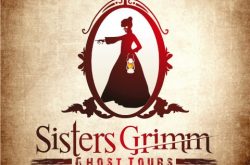 San Antonio’s #1 Ghost Tour Welcome to Sisters Grimm Ghost Tours! Come and join us for a walk through the streets of old San Antonio as we… Read more… 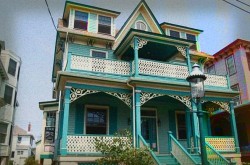 Verify ownership of
The Walker House