The Addy Sea Inn in Bethany Beach, DE is a charming Victorian-style bed and breakfast that was built by the Addy family in 1902. The Addy Sea Inn is reportedly one of the most haunted establishments in the entire state of Delaware. Perhaps the paranormal event that it’s most known for is that of a copper bathtub that vibrates. According to guests, the copper bathtub shakes violently and many have reported experiencing the phenomena first-hand. This mysteriously shaking tub is located in Room 1 of the inn.

Other reported hauntings in the Addy Sea Inn include eerie organ music heard emanating from Room 6 yet there is no organ. An apparition is said to run through the hallways at nights. As this ghost runs throughout the space, smells of perfume and sounds of mysterious music fill the area. Although there are no connections made behind the occurrences.

The ghosts of two people supposedly haunt the The Addy Sea Inn. Room 11 is reportedly haunted by a former handyman named Paul Dulaney. He was employed by the Addys years ago. Although he died on a construction site rather than at the inn, Paul Dulaney’s spirit is believed to frequent his old room 11 on the 3rd floor of the establishment. He makes his ghostly presence known by sitting on the bed or standing by it.

The spirit of Kurty Addy is believed to frequent the roof where guests hear sounds of his footsteps. Kurty Addy died after falling off the roof of the inn, and guests say that he walks the roof restlessly at night. 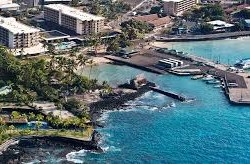 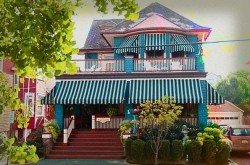