Someone Let the Crazies Out…

…and they are at your doorstep! Allow Amhurst Asylum to take you through a world of fright and madness as Dr. Amhurst’s experiments run free through this once well-known Insane Asylum.

The Legend of Dr. Amhurst

Once a picture perfect medical practice in the Midwest, the Amhurst Psychiatric Hospital was shut down by authorities nearly four decades ago. On the premises they found the remains of over two dozen victims, many with their organs harvested, others kept alive by crude methods of life support. Many rooms of the hospital contained unethical human experiments performed illegally by the hospital’s leading surgeon and founder, Dr. John Amhurst. The debauchery against humanity found within those hospital walls horrified the local people, press and families of the victims. The culprit Dr. Amhurst was nowhere to be found. Police did however find what could only be described as “pieces of woman” believed to be Dr. Amhurst’s late wife.It was later discovered that Dr. Amhurst’s wife suffered from a rare disease, a type of degenerative disorder similar to mad cow disease that generally has only been found in indigenous people. This disease infected her body and organs, causing them to rot and deteriorate. Without the approval the hospital board and his peers Dr. Amhurst began performing many illegal experiments attempting to transplant new organs and limbs into and onto his wife’s body attempting to save her life. He used hospital facilities and his own mental patients in his twisted experiments. Finally one patient managed to escape alerting the authorities of the horror she’d be subjected too, though few would believe her story until they saw it firsthand. 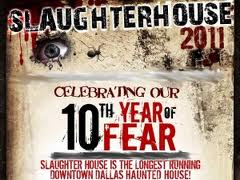 About The Haunt Our 16th year of fear, the longest running haunted house in Dallas County! (s)Laughter House Meats has a long history of winning awards for… Read more… 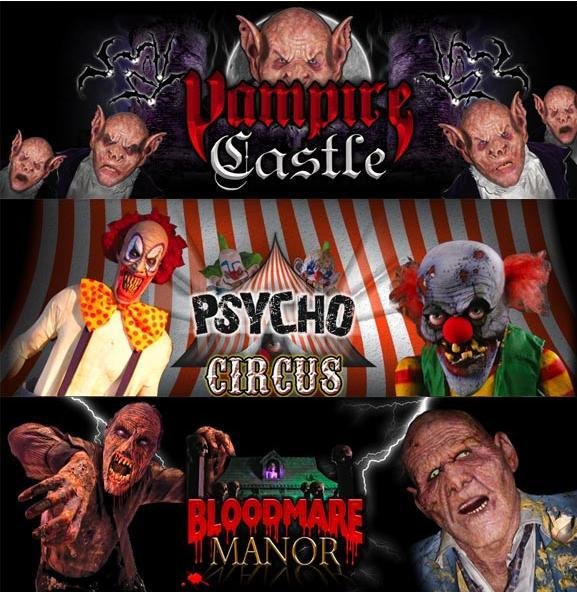 Fright Kingdom just over the border just off the highway

Fright Kingdom offers an entire night of trepidation. The indoor attraction provides thrills that will scare even the bravest souls. Read more…