Lying just one hour east of Los Angeles, the Barton Mansion is one of the most paranormally active locations in all of California. The West Redlands area home has been subjected to chilling and very dark accounts of shapes, shadows, pestilence, and Satanic rituals. How did a seemingly picturesque home become so supernaturally ill-fated?

Is the Barton Mansion Haunted? 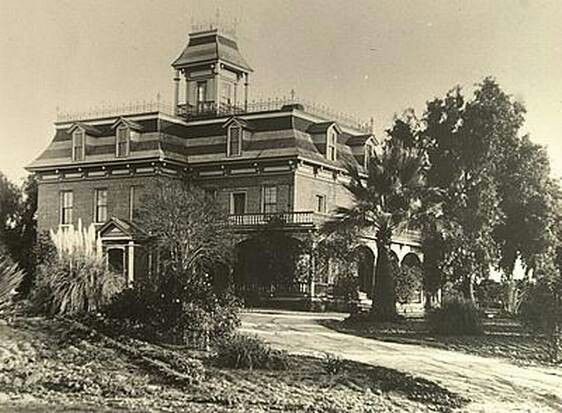 Beginning in 1859, Dr. Benjamin Barton and his family purchased 640 acres of San Bernardino land for the most reasonable sum of only five hundred dollars. Settling into the area, Barton started working to acquire more land and came to own a very successful vineyard and winery. With more settlers passing through to settle in the new area of Los Angeles, Barton decided to retire as a practicing medical doctor in 1866. It was then that he began construction on what was to become the infamous Barton Mansion.

Inspired by Victorian influence, the beautiful two-story home was the pinnacle of construction for the times. With not many forests around in the area, the home was built with clay bricks that were fired in large kilns. Paranormal historians have said that this was to be Barton’s first mistake as the clay that was used to build the home came directly from a nearby Native American burial ground. 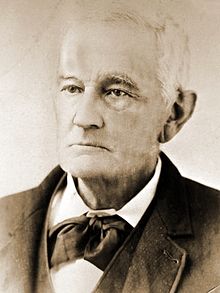 Oral history of the Barton Mansion has started with local ancestors of the Native Americans who begged Barton not to disrupt that particular area of land. The ancestors claimed that the burial ground was not to be disturbed or else an unholy pestilence would be unleashed. Barton dismissed the warnings completely and took them to be superstitions.

Almost immediately after construction of the house, Barton’s wife collapsed and succumbed to death. Advancing in age and shaken to his emotional core by the death of his wife, Barton became a recluse in the home. Shutting himself off to the outside world, Barton decided to contact another one. The underworld.

Barton and the Occult

Being quite educated as well as knowledgeable, Barton made use of his extensive personal library to contact his wife and children. During this time he became quite engrossed with magic rituals of Satanic origin and principle. Loud noises and red lights were known to have pierced through the uncovered window panes of the home late at night. One of the more daring presumptions of Barton’s spell casting was the use of human bodies.

The West Redlands area was still none too populated, however, the recent railroad expansion towards the California coast did bring in a contingent of transient workers. While there were no official arrests or records preserved, the oral legend of transients disappearing when looking for lodging at Barton’s house has held up over the years. With him being a medical doctor, the belief is that he surgically harvested the body parts of such people so as to provide the necessary parts for his ungodly rituals. Without warning in 1898, Barton died with his death remaining a complete mystery.

Care workers had shared stories of seeing dark and menacing shadows dancing along the walls. Other workers reported objects moving, and foul smells that were never fully explained. In the late 1970s, a storm destroyed part of the mansion and it was officially closed and sold back to the local government.

In 2001, a group of teenagers took a video recorder into the long-abandoned mansion to chronicle the insides. Decades worth of horror stories about the mansion had done much to pique the teen’s many interests in the place. A video clip from their footage went viral in the paranormal community after a most remarkable discovery. The clip is of the teens exploring floors on the staircase when after panning the initial hallway, they turn to see the apparition of a tall, terrifyingly pale demonic creature.

Fleeing down the stairs, the teens made quick haste in leaving the property. Paranormal enthusiasts examining the footage agree that the terror in the teen’s voices appeared genuine as well as the video technology used at the time was incapable of digital manipulation. The clip remains online, and still remains a highly debatable piece of paranormal evidence.

Aside from the teenagers visiting, the mansion has been subject to other visitors. Nearby residents had reported seeing hooded figures entering and leaving the mansion as well as finding discarded animal carcasses near the property, insinuating that rituals were taking place. Today the mansion has been bought, sold, and converted into a spacious business office complex as well as an event hosting business. Picturesque with a modern update, the mansion still exists, totally unassuming from the outside, but still with a dark history on the inside. 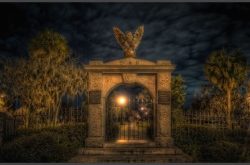 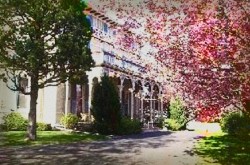