Charleston, South Carolina is one of the oldest cities in the entire United States. Originally it was founded in 1670 and was named after King Charles II of England in his honor. Geographically lying on the Atlantic coast, this port city was a major hub for shipments of all kinds from the Caribbean. Even with centuries worth of wear and tear from the elements, Charleston is still alive with the vibrant Colonial architecture that it was built on and prides itself to visitors. One such place is the Battery Carriage House. It’s style, while not Colonial, is more pre-Civil War era in design. For an inn that’s over 176 years old, the Battery Carriage House certainly has its share of experience in the paranormal. 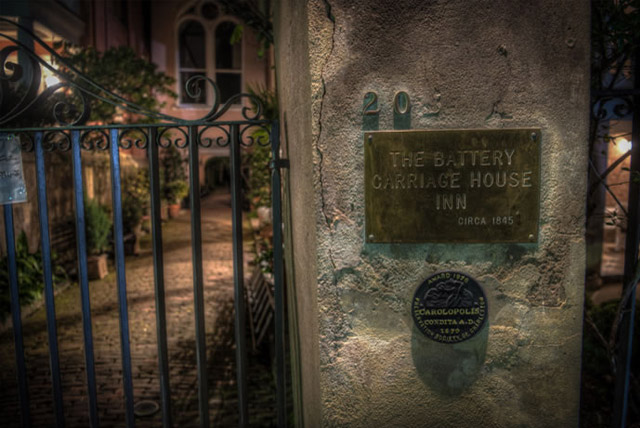 The Battery House was originally built in 1843 by a man named Samuel Stevens. Looking to seize the momentum of the busy ports, Stevens constructed one sizable homestyle inn that was actually neoclassical in design. Over the years, and through the Civil War, the Battery House changed both in ownership and size. The inn has had decades of success with its luxurious interiors and outdoor garden areas that capture the old world charm of Charleston. As magnificently beautiful an inn as the Battery House is, it does harbor a small array of paranormal entities that to this day are not quite explained.

One of the most haunted rooms in the Inn, is room 8. Guests who have stayed in this room, and the adjoining room 10, report the overwhelming sensation of being watched. Nobody else is in the room with them, and the feeling is not negative or malevolent. Whether unpacking their luggage or lounging about, the feel as if an unseen presence is standing there watching.

Particularly with room 8, the appearance of a headless torso has made itself known to guests. Oftentimes in the middle of the night, accompanying a cold sensation, there have been numerous guest stories of seeing a headless torso with outstretched arms manifest and then disappear. 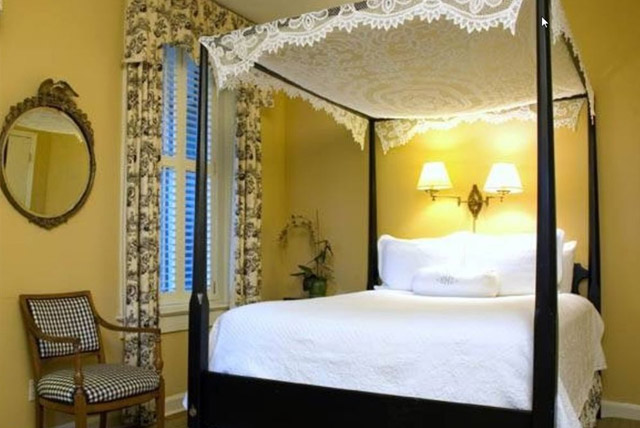 Within the area of inn before it was built, there were executions of lawless pirates from the trees. Paranormal enthusiasts believe this headless torso to be one such pirate’s ghost. In regards to room 10, the ghost residing in this room is said to be the spirit of an older man of gentlemanly appearance and feeling. A taller man in period dress with a very kind demeanor and a smell of cologne coming from him. Guests who have encountered this gentlemanly spirit have said that he brings an unusually happy energy to the room, almost a feeling of love.

At other times, the presence of glowing orbs have been captured by guests, and the claims of white or even yellow shine to them suggest that the gentleman spirit there does not cause any harm at all.

The Battery Carriage House is rather acceptive of the spirits who are said to be there at the inn and it shows with the constantly filled bookings that the inn receives by visitors today. Current owner Drayton Hastie, while having not personally seen any spirits, is very willing to listen and share any stories of spirits relating to this elegant, coastal city inn. 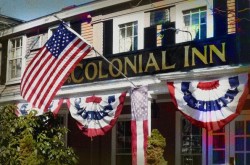