Published by FrightFind On August 25, 2018 Leave a response 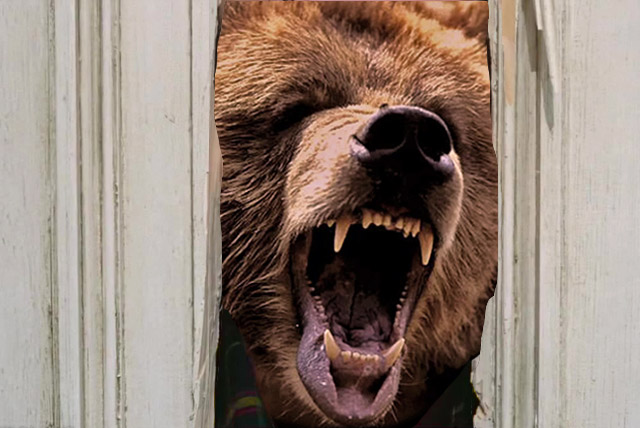 A curious Stephen King fan decided to check out the hotel known as “The Shining Hotel,” aka The Stanley Hotel.  Ghosts are not the only thing you might be wary of when staying at the iconic Stanley Hotel. Recently a very sizable black bear decided to pay a visit during the wee hours of the morning when most guests were asleep. This black bear must have been curious about Room 237 because he opened the door and strolled right into the lobby. After taking a break and enjoying the hotel lobby furniture, he changed his mind and wandered back out the door. It was obvious he wasn’t getting a room. The bear was heard saying, “I don’t see why Stephen King was so excited about this place. I’m out!”

The 1909 Stanley Hotel is famous for having been the inspiration for Stephen King’s horror blockbuster, The Shining. Each year thousands of King fans descend on the hotel to experience the renowned hotel that inspired the novel, film, and mini-series. The hotel also has many ghost stories aside from King, with a fantastic history of paranormal activity and reported ghost sightings to boot.

Is the Stanley Hotel Giving Up its Ghosts?