Is the Grand Union Hotel Haunted?

The Grand Union is the oldest hotel in Montana and one of the most haunted places in Fort Benton. One of the strangest incidents was when a cowboy tried to ride his horse up the main staircase and was killed by the manager of the bar. Guests have heard the sound of horse hooves on the stairs, and other entities as well.

A famous story is about a driver making a food delivery who noticed people in period costumes watching him from a window. When he asked about the event going on at the hotel, he was told that the room wasn’t occupied. Two women guests staying on the second floor reported watching “dancing” blue orbs all night. They were more fascinated by the lights than frightened.

Other activity includes flashlights rolling across a table and beds that were already made mussed up when no one is in the room. One apparition is thought to be Charles Rowe, who once managed the hotel. 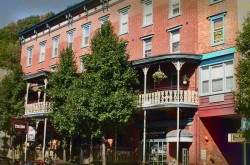 The Inn At Jim Thorpe 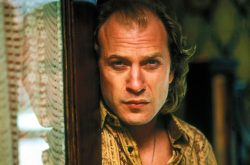 There are certain houses in horror fandom circles that fans just can’t get enough of seeing in the flesh. Read more…