Published by FrightFind On October 31, 2015 Leave a response 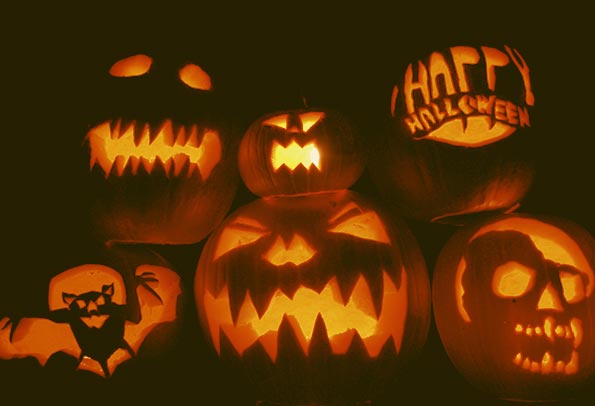 Americans have long been accustomed to the staples of garish costumes, trick-or-treating, parties, and plenty of food and drink as a way to celebrate Halloween. But how is the holiday observed throughout the world? Some traditions may surprise you.

Halloween in the United States

It wasn’t until the 1950s that Halloween truly became what Americans see it as today. Considered a family-friendly holiday in many aspects, parents will accompany their children in costume for trick-or-treating, hayrides, and other fall activities. Adults also get in on the fun by dressing up in eccentric — and sometimes seductive — costumes to eat, drink, and be merry at bars and Halloween parties.

A Lo Ween or All Saints’ in France

Halloween celebrations are fairly recent among French residents, as it was previously dismissed as strictly an American celebration while the older French generation will more often celebrate All Saints. Halloween has gained some foothold, but the tradition has been met with criticism. However, some areas in France have warmed to the holiday, with people taking part in parades located in Limoges as well as some parts of Paris. The French who do celebrate Halloween also enjoy the more macabre facets, typically wearing frightening costumes as opposed to silly or romantic ones.

French celebrate A Lo Ween on October 31st and All Saints’ on November 1.

Allerheiligen (All Saints’ Day) in Germany 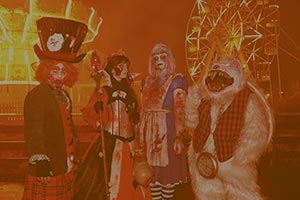 They observe October 30 to November 8 as “All Saints Day,” where they honor the dead Saints. Out of fear that spirits may return and catalyze paranormal activity, the Germans also hide their knives on this day out of fear that the spirits may harm or be harmed. Some of the more Americanized traditions have began to make there way into Germany since the 90s however. In many areas, German children have began trick or treating since.

Day of the Dead in Mexico 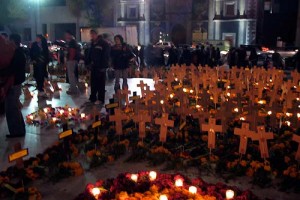 In Mexico, Halloween celebrations are referred to as “Dia de los Muertos,” which translates to “Day of the Dead.” Unlike some other Halloween traditions, in Mexico they focus on the celebration of the lives of family ancestors. Much prayer takes place and the celebration includes energetic dances, tequilas, sweets, and traditional costumes to pay tribute to the dead.

In Mexico, they celebrate the Day of the Dead on October 31st.

Commemoration of All the Departed in Czech Republic

Like Mexico, Halloween in the Czech Republic is referred to as a version of the “Day Of The Dead.” Rather than partake in raucous festivals, Czechs recognize the day by visiting the graves of loved ones they have previously lost. For those celebrating older Czech traditions, chairs are placed around a fireplace to represent the deceased each Halloween night.

Czechs celebrate Commemoration of All the Departed on November 2nd.

Sweden chooses to celebrate All Saints’ Day. Known there as “Alla Helgons Dag,” 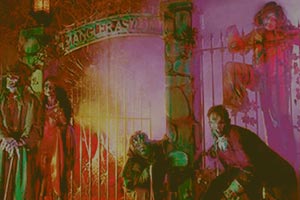 it usually includes shortened or full days off for schools and universities to pay homage to the Saints. The celebration lasts from October 31 to November 6 and there is little of the commercialized “Halloween” that Americans enjoy. However, dressing up is common. Sadly, pumpkin carving is not.

All Souls’ Day in Italy

On November 1, traditional Italians celebrate “All Saints’ Day” and then on November 2nd “All Souls Day.” All Souls’ Day is marked by delicious feasts and food-based celebrations. A popular treat is a cookie recipe called “Fave de Morti,” which is traditionally a food that would be offered in ritual to the “dead and gods of the netherworld.” Italy has welcomed Halloween as well and they celebrate on October 31st with costumes and parties. However, there is very little trick-or-treating.

Although Halloween celebrations are seen as a relatively recent phenomenon in Chile, the country has taken to the idea and proven they know how to throw an enviable party. As is the case with those in the United States, children and adults alike take joy in wearing costumes on the day, and many bars and pubs feature “All Saints Day” celebrations with a plethora of contests and themed celebrations. On November 1, many of those is Chile will also pay tribute to their passed loved ones by visiting cemeteries.

Chileans celebrate Reformation Day and Halloween on Oct 31 and All Saints’ Day on Nov 1.

Halloween is has picked up a bit in South Korea. Some city streets are shut down in observation of the event. Itaewon is a prime place for Halloween partying, with a slew of festivals, contests, and a variety of adult beverages at residents’ disposal to ensure a fun-filled night of celebrating. The Korean population recognize Chusok, which similar to All Saints’, celebrates and thanks their ancestors by visiting tombs and through offerings of rice and fruits.

In South Korea Chusok is observed in August and Halloween on Oct 31.

All Saints’ and All Souls’ in Philippines

The Philippines celebrate All Saints’ and All Souls’ Day. 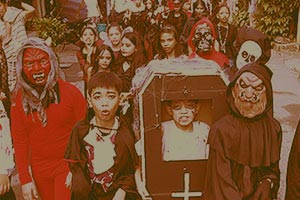 However, the children of the Philippines do take part in some traditions during this time that closely resembles trick-or-treating. However, children need to sing a song in order to glean “food, candy, or money. The meaning of this tradition is that the kids sings for the souls of those who are still in the purgatory to help them to go to heaven.”

We had to save the best for last with Ireland, the country where Halloween originated as Samhain. Historically, it is said the the ancient Druids of Ireland brought residents to barricade themselves in their homes during Halloween out of fear of conjured spirits and the threat of becoming part of human sacrifice. Today, Irish celebrations are decidedly less grim. The Spirits of Meath Halloween Festival is Ireland’s most notable, and is marked by traditional Irish cuisine, party games, and trick-or-treating. The traditions of Samhain may be found in bonfires, blessing of the house, and costumes to fend off the spirits.

The Irish celebrate Samhain  on Saturday Oct 31 to Sunday November 1.