Midway Wicked Woods was started over a decade ago as a weekend activity for campers spending Halloween with us at our  campground. Over the next few years Halloween was our busiest fall weekend, which showed us what a big hit the weekend had become. We decided to extend the usual Halloween celebration to the last two weekends in October so we could accommodate the families wanting to come and camp with us. As the weekends continued to become more popular each year we opened the trail to the public to see if they would also enjoy the trail. Opening the trail to the public went over so well that the nights we are open, over the years grew to 15-17 nights in the past.

The Halloween weekend started with the customary costume contest and trick & treating in the campground. A few years later it grew into a hayride for two wagons full of campers in our neighbor’s field full of scares. From there the trail grew as we cleared a trail in our woods so we could work on it all year in preparation for the busy Halloween weekends. We added a graveyard that now has tombstones displayed year round. The next addition was a 605ft totally dark maze with hallways only 30 inches wide. Going through the maze tells people quickly if they have issues with close spaces! We next built on site a spinning vortex tunnel, which has become a big favorite among our past patrons and is the last thing you go through as you end the trail. The tunnel is now called the Tunnel of Terror.

To stay educated we have attended the National Halloween Show held in March for 3 – 5 days each year in Chicago, since 2000, it is now in St. Louis. While there we get the opportunity to see the props in action, after which we order new pneumatic props each year. We also have the opportunity to learn more about advertising, marketing, staff issues and acting for our 40-50 actors. We attend demonstrations and classes on makeup, faux finish, and detailing which  we are then able to use. In 2005 we attended for the first time, Hauntcon held  in Austin TX in May, which is a 3-day seminar/trade show for haunters held by fellow haunters. Hauntcon moves around to a different location each year. We look forward each year to attending these Halloween shows along with the IAAPA show, and becoming more knowledgeable in promoting and participating in the second largest holiday in the United States,  Halloween. 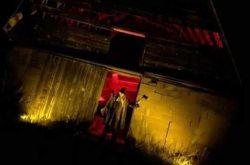 Opening date October 2, 2020open at 7pm/Dark.Friday until 12amSaturday till 12amSunday till 10pmand Halloween till 12am. 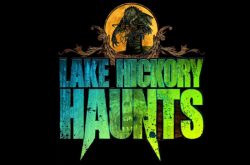