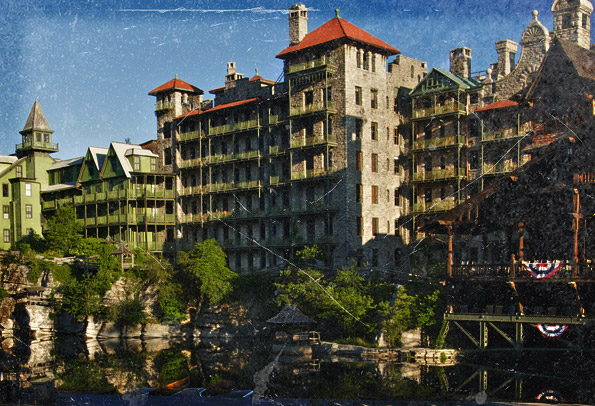 The Mohonk Mountain House is a Victorian-Style resort hotel located in Ulster County, New York. With 259 guest rooms, a spa, pool, outdoor ice-skating rink, and many other features, this is one of the larger resort hotels in the United States. It was added as a National Historic Landmark in 1986, and has both a rich history as well as a commanding view of the New York countryside, making this a popular vacation destination.

The Smiley Family, Presidents, and a Little Dirty Dancing? 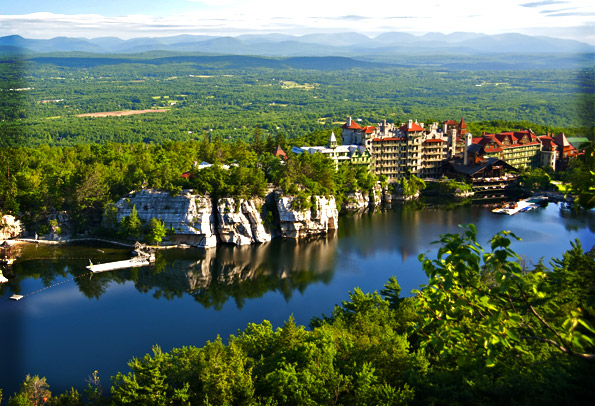 The Mohonk Mountain House stands tall above Mohonk Lake and was built in 1869 by the Smiley family. The family sought to create a place that allowed its visitors to feel at home in nature. Over the years, the original structure has been renovated and added onto many times, turning what started as a small guest house into a structure resembling nothing less than a castle, with turrets and ramparts to boot. The 6th generation of the Smiley family continues to run the hotel today.

Over the years, many important dignitaries have stayed at the Mohonk Mountain House, including five presidents (Chester A. Arthur, Rutherford B. Hayes, William Howard Taft, Teddy Roosevelt, and Bill Clinton) and many famous entertainers.

The Mohonk also has a small claim to fame as a “Dirty Dancing” family vacation. While the hotel wasn’t featured in the film, the resort experience reminds you of the movie. People will come just for the “Dirty Dancing experience,” however I don’t believe Patrick Swayze’s ghost is making any appearances. 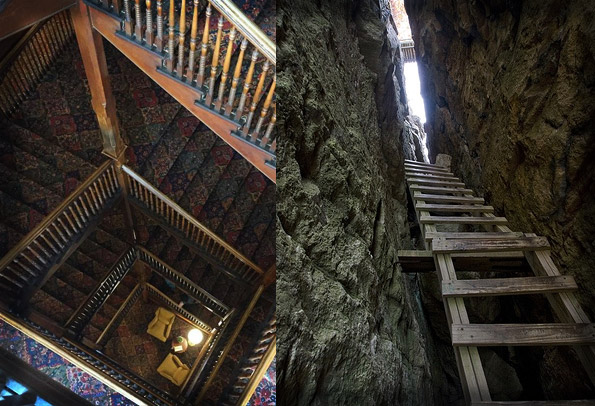 While actual reports of ghostly activity are mostly unsubstantiated, hotel employees have long told stories of a “ghostly giggler” that likes to go between empty rooms, laughing as it travels through the Mohonk. Most employees say that the giggles sound like they are coming from a small child.

Guests have also commented they’ve seen rocking chairs inexplicably start rocking, packs of dogs disappearing into thin air, eerie feelings, and visions of people who suddenly disappear. The Mohonk area has a lot of history and does have ties to the Revolutionary War so it’s possible that the ghosts go back quite a ways. With such a rich history and so many great places to investigate, we would say there is a good chance that there is some sort of paranormal activity at play from time to time. We wouldn’t call it one of the most haunted places in America.

Is the Mohonk Mountain House the hotel that inspired The Shining? 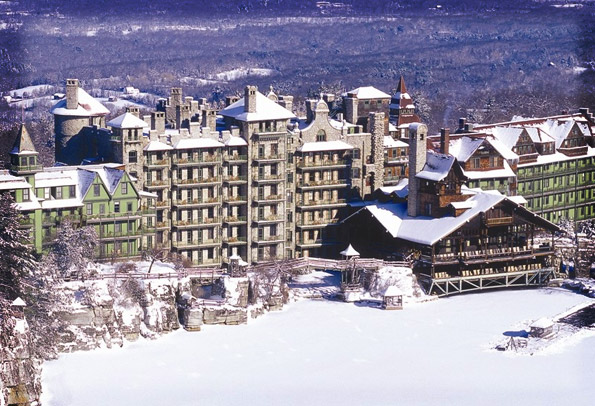 In addition to presidents and the like, one of the Mohonk’s claims to fame is that it has been a regular haunt of none other than famed horror novelist Stephen King. Because of this, the Mohonk is thought to be one of the possible inspirations for King’s classic work The Shining, a story that just happens to be about a haunted hotel. While the haunted Stanley Hotel in Colorado is usually credited as “The Shining Hotel” — and has done everything it possibly can to capitalize on this legend — fans have conflicting opinions. And while the Stanley Hotel may or may not have been the start of the “official” story, it’s hard to imagine that so many frequent trips to the Mohonk wouldn’t have made some sort of lasting impression on King’s mind as he wrote his famous novel.

The Mohonk even has a hedge maze of sorts. 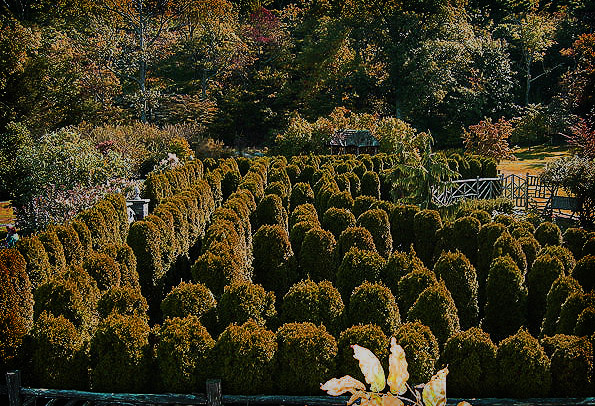 As a side note, Mohonk Mountain House stationery was featured in Stephen King’s novel, The Regulators, in 1996. He wrote it under the pseudonym Richard Bachman. 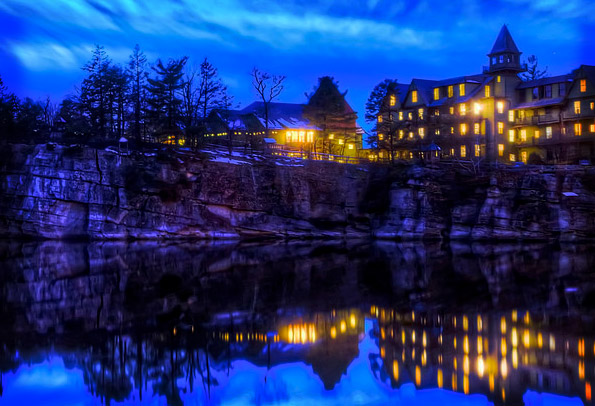 The Mohonk is a great place to go if you’re looking looking to get away from it all, or possibly encounter a spirit. The stories of the child-like giggler still circulate among the many employees, and if that’s not enough, the 1,200-acre estate, the 30,000-square foot spa, and the commanding view of the countryside can make the trip worthwhile. There are also plenty of great haunted and/or spooky places to visit nearby the Mohonk area.

Additional spooky places of note near the Mohonk Mountain House 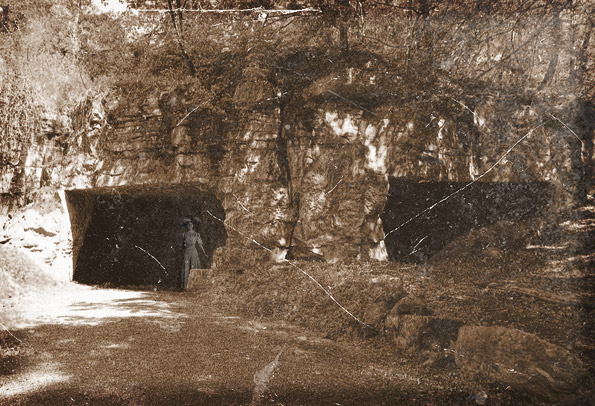 The Mohonk features several activities and events during Halloween including a haunted house, a costume ball, trick-or-treating, and more. The haunted house is typically for guests over age 7. You can check out the Mohonk events calendar for updated information. 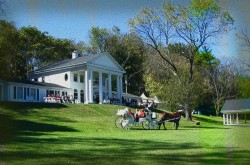 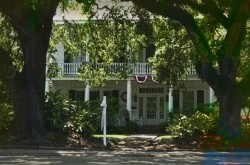 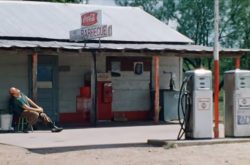