Nightmare on Edgewood opens for its 41st season at a new permanent location on Friday, Sept. 20. Located on the same city block as House of Trepidation (1929 S. Meridian) but remaining a totally separate and independent haunted attraction, the move presents a new one-stop-shop for Halloween thrill seekers in Indianapolis.

The move to a permanent location not only allows Nightmare on Edgewood to leave the attraction set up for year-round work and improvements, but also doubles the attraction’s space, bringing the total count to nearly 30,000 square feet. Also new this year: covered, indoor waiting lines.

The four-part attraction will draw from the same themes as previous years, but in newly expanded rooms and scenery. In THE CABIN, guests will tip-toe through the backwoods home of the demented Conley family. Next, bear witness to the bizarre medical practices in place at EDGEWOOD SANITARIUM. Step right up and test your courage inside THE DARK CARNIVAL with sinister clowns lurking around every corner. New this year is SHADOWS ESCAPE, Indiana’s only 3D audio sensory experience, available as a $5 add-on.

Use promo code TWOSCARED to save $2 on each ticket. Friday and Saturday 8pm to 12 am

Something lurks in the darkness at the trail of terror. We can’t promise you will see it but it will see you.  Adults 10. Read more… 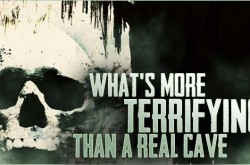 This is an authentic limestone cavern with 30,000 live bats swooping overhead. Read more… 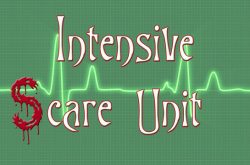 In 1950s, the Alexander Community Hospital was built to serve the citizens of Alexander County. Read more…

The Conjuring: The Devil Made Me Do It

Haunted Car Washes Are A Thing

Verify ownership of
Nightmare On Edgewood