The Owyhee Plaza Hotel has been a Boise landmark since it’s construction in 1910. Originally, the roof was used as a garden space with a restaurant, dance floor, and bar. This was the place to be in Boise, that is until 1940 when the Ore-Ida company bought the top three floors to use as their corporate headquarters. It was sold in 1992 to it’s current owner and is now one of the premier hotels in Idaho. Did we mention it’s super haunted?

Staff and guests agree that the Owyhee is home to more than just small shampoo bottles and bed linens. Spirits have been known to hang out in meeting rooms, the lobby, and lofts. But if you really want to stay the night with the dead, then book room 136. One guest reported seeing an apparition of a woman in her room watching her. Others have reported hearing strange noises throughout the hotel and the horrible feeling of being watched. 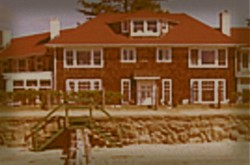 The former owner of the Talcott House Bed and Breakfast is said to have died in a fire. Read more… The Hotel Alexandria opened in 1906 in Los Angeles to much fanfare. Read more… 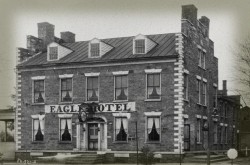