Long considered to be one of the premier universities in the northeast area, Penn State University has been a cornerstone for academia to all those seeking higher knowledge. With close to 85,000 undergraduates alone enrolled, the amount of students canvassing the campus any given semester is absolutely staggering. With such heavy amounts of academic foot traffic, it should come as no surprise to anyone that this campus is one of the most haunted around, so much so that an actual paranormal research group was founded on campus.

Pennsylvania State University (PSU) was founded all the way back in 1855, initially as an agriculture college. Farmers had donated acres of empty land towards the school’s construction up until 1882 when an engineering program was catching on for the school and permanent halls were built. By 1936, many baccalaureate degrees were added as well as enrollment figures hitting over five thousand. Over the next few decades, enrollment would essentially double every year, with recent figures close to 99,000 students enrolled as the school now enjoys multibillion-dollar endowments every year, a successful sports department, and is considered by a recent Wall Street Journal survey as the number one place to receive the best all-around bachelors degree. But with all the success, just what lurks underneath?

One of the chief hauntings of the university begins with the murder of a student. In November 1969, Betsy Aardsma was a graduate student at Penn State who was busy working on a research paper late one fall afternoon in the library. At some point, she was stabbed from behind, with the killing wound severing her pulmonary artery. A mysterious man is said to have descended from the upper-level library floor and alerted the librarian to the dying girl who was found in Row 51 on the floor. However, the killer was never caught and the case is still considered open by University Park Police.

Over the years, the rows in the library have shifted but students have none the less reported hearing manifested screams or gasps, bloodstains on the floor, and even a supposed apparition of what many think is Betsy’s spirit. As eerie as all of it sounds, things got even more bizarre in 2013 when a student claimed to have found a note in the vicinity of Row 51 on the day of Betsy’s death that read, “R.I.P. Betsy Ruth Aardsma July 11th, 1947- November 29th, 1969…….P.S. I’m back!” To this day, nobody knows just exactly who or what the note is referring to, but it definitely earns an A when it comes to the creepy factor!

The Ghost of Atherton Hall

The Atherton Hall at Penn State is one of the oldest on campus, and it should come as no surprise to anyone that it has a ghost. It is said by many students that the spirit of Frances Atherton, late wife of the school’s former president is one of many spirits haunting this hall. As a dormitory, the most common supernatural activity reported by students is the opening and closing of doors at random. In fact, students have claimed that her spirit has been seen looking out of one of the windows on a top floor, forever keeping an eye on the students.

Another spirit haunting this particular hall is that of a former female dormitory house mother who was nicknamed “Gumshoes” by students decades ago. The story is that she was always rooming about the dormitory halls at night in a pair of very noisy sneakers, in hopes of catching students out past curfew. Today, students who call this dormitory home for now still report hearing Gumshoes stepping around late into the night.

Nearby at the school’s Schwab Auditorium, another spirit is said to be prowling about the many theater seats. Affectionately called “Schwabo”, this ghost is said to be that of the auditorium’s former janitor. Scratching sounds about the floor, doors opening and closing, heavy footsteps in empty areas, and objects being mysteriously relocated have many paranormal enthusiasts musing that Schwabo is totally genial. Still thinking of the auditorium as his and helping tend to it well into the afterlife his presence is just another notch on Penn State’s paranormal belt.

In 2006, former student Ryan Buell founded the Paranormal Research Society (PRS) at Penn State. It was a homegrown club on campus that met up to investigate paranormal cases in the surrounding tri-state area. Based on a terrifying childhood experience that Buell had, the group consisted of PSU students who were committed to investigating the paranormal outside of their regular course of studies. The group became so popular that they were in fact given their own paranormal reality series on the cable channel A&E where it ran for five seasons. Today, the PRS consists of students that over the years have come into the school and naturally left their research and findings to younger students so that the group may never disband. With all the ghost stories and commitment from on-campus students to study the paranormal, Penn State will remain as one of the more haunted universities in the northeast. 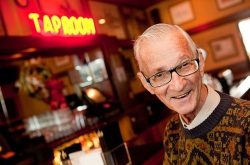 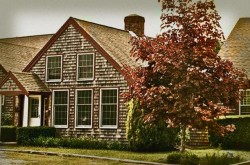