Rob Zombie’s bone-chilling experience combined the best HAUNTED HOUSE technology featured in 3 different haunted attractions. The attractions will put you in the middle of the most immersive experience of your life.
The three attractions are based on Rob Zombie’s horror films and characters:

It’s the ultimate midway, BLOODY BOULEVARD, with roaming creatures, freak shows, themed food and drink, musical entertainment, and creepy activities. The Bloody Boulevard will not be open on concert nights but there will still be plenty of roaming freaks and food and beverages
An entire night of fun and fright.

When will Rob Zombie bring back the Great American Nightmare?

So far, there has been no word on a return from Rob Zombie and no reason given for his hiatus. The last Great American Nightmare haunted house was in 2015. Perhaps Covid has played a role in the continued absence of this Halloween fan favorite. Only time will tell.

This irreverent school of pure terror is a hallucinogenic trip through the mind of Captain Spaulding.  Startle after startle will thoroughly frighten the bravest victim, who won’t know whether they should be screaming, laughing, or crying.
The Devil’s Rejects

The murderous, backwoods Firefly family takes to the road to escape a vengeful police force that isn’t afraid of being as ruthless as its target. Guests will become part of the stat troopers’ search and destroy mission against the Firefly family who are wanted for over 75 homicides and disappearances.
31

On October 30, 1975, five carnival workers were kidnapped and held hostage until the following night (Halloween), when they are put in a compound named “Murder World”. They’re told that they are there to take part in a game named “31” where the goal is to survive past the next 12 hours. This is made difficult by the fact that they are not alone in Murder World; a violent gang of evil clowns is there and stalking their every move.
BLOODY BLVD

Nightmare at the Terrace
Scream Scene 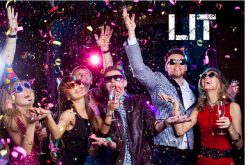