In 1923, J. Graham Brown oversaw and constructed the elaborate Brown Hotel in Louisville, Kentucky. At an impressive sixteen stories tall, the Brown Hotel was shaped on the outside with the Georgian Revival style, while the posh interior was decorated with English Renaissance class. Bringing such high flying energy and appearance for the downtown Louisville area, the hotel was an immediate success.

Is the Brown Hotel in Louisville Haunted? 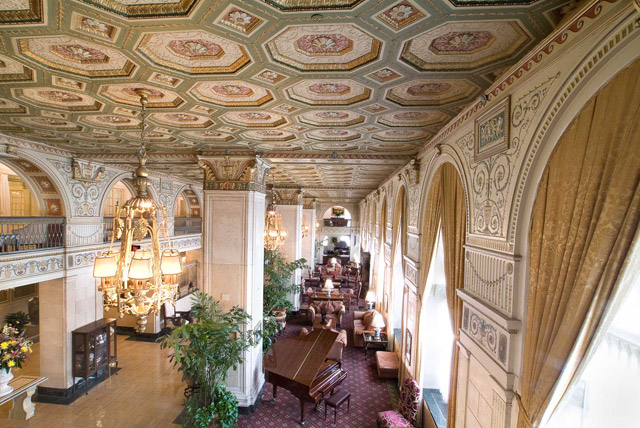 So elegant and desired was the Brown Hotel that such noted guests as Prime Minister David George of England and the Queen of Romania were initial guests. But for all the celebrated opulence and royalty, the Brown Hotel is noted as one of the more paranormally active places in all of Kentucky. Just how active? None of the rooms on the fourteenth or fifteenth floor are available to visitors due to all the activity over the years.

The Ghost of J. Graham Brown

The chief specter seen in the hotel and said to be causing the majority of the paranormal activity is that of J. Graham Brown who died in 1969, presumably in the hotel’s top floor penthouse. Since his passing, the activity began to spike. One of the most celebrated times around Louisville is the Kentucky Derby which is held annually. Both guests and employees have reported seeing a man in an older style tuxedo, walking around the lobby, balcony, and ballroom area of the hotel who strongly resembles J. Graham Brown. People who try to approach him have been said to lose visual sight of him as he drifts around a corner or lobby column, leaving a stale cigar smell to linger despite no obvious sign of smoke. 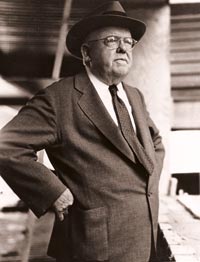 Groups who have conducted informal paranormal investigations principally remark about the temperature inside the Brown Hotel. Cold spots are reported by both these groups and guests as well, despite being in a Southern climate and even during summer months. There are some fireplaces attached to rooms in the hotel and orbs have been reported as emanating from the hearths when no fire is present.

Employees and guests have reported feeling a sense of someone watching over them, presumably by Brown’s ghost who is vicariously still seeing to the day to day operations. Within no visitors to the top floors, guests who stay on the twelfth floor have spoken of constant heavy footsteps during the nighttime hours. When hotel employees inform them that those floors are off limits with nobody on them, it’s not uncommon for a guest to request a lower floor room. Random sounds of groans, whispers, and even unexplained noises have been heard by hotel staff all throughout the hotel.

The Brown Hotel with its decorated interiors fit for royalty, still enjoy sold-out bookings throughout the year and remains quite possibly the most popular hotel in Louisville. But if you find yourself checking into the hotel, and see a man in a tuxedo, grinning from the overhead mezzanine balcony, then you might just have seen J. Graham Brown’s ghost. Consider yourself one of the lucky ones. 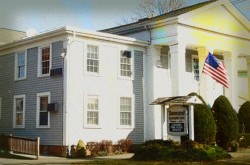 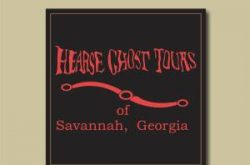 Verify ownership of
The Brown Hotel