Located in Piedmont, SC. We have struck fear in your hearts since 1993.We started out as a hayride (Which We Do NOT have today) thru Monsterville, but alas it could not contain the spirits and souls that dwelt there. Sometime in 2002 some of the spirits left Monsterville for The Forest & Midnight Hill. By 2006 all that was left of Monsterville, the Hayride, was the lonely structures that were left behind.(Since 2006, we have not had a hayride)

And today ….. Well after over 20 years ….. The spirits and souls are everywhere in the darkness that is The Forest, as well as the swirling madness that is Midnight Hill.

All they want now is you …… crying, screaming, running, praying that you’ll make it out ALIVE!! City of the Dead – Colorado

Voted Denver’s Best Haunted House, City of the Dead is actually THREE attractions at ONE location: The City filled with zombies, the Carnival of Carnage, and all… Read more… 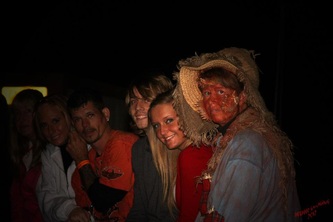 Midway Wicked Woods was started over a decade ago as a weekend activity for campers spending Halloween with us at our  campground. Read more…

Tomb of the Risen Dead