Built in 1901 by Isadore St. Martin, the Carson Hot Springs Resort has many ghosts said to be walking within its walls. Isadore was killed on the grounds in 1910. He was arguing with a man on the grounds and was accidentally stabbed in the chest. St. Martin’s wife died shortly after him. Her ghost is the most active, visible ghost on the grounds. She’s been seen in the lobby as well as the hallways on the second floor. Guests have often heard steps on the third floor, which is closed off to guests and staff. 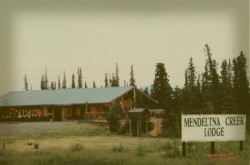