Thomas Croke was born in 1856. A natural leader and businessman with a vision, he moved to Denver to make a better life for himself. Through a series of turn of the century store ventures, he became a very wealthy individual. To celebrate he had a grand home built for him and his family. Nine bedrooms, nine bathrooms, library, study, office, and even a grand ballroom! It was a home that truly had everything and its construction cost was over $18,000 which adjusted for inflation meant that the home cost over $502,000 to build. A very costly home for the times and built for opulence at just over 13,000 square feet alone. 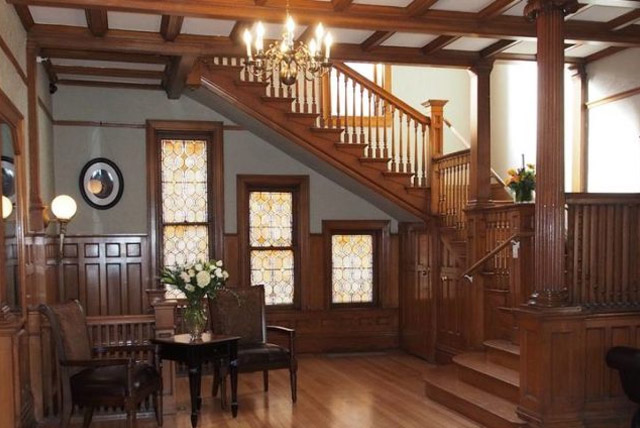 Tom Patterson was born in 1839 outside Carlow, Ireland. Another man with successful aspirations, he moved to the Colorado area in 1862. Marrying a high society woman named Katherine Grafton, Patterson had a political career in mind and successfully ran for Colorado State Senator. Building himself a career as a high-powered attorney, his success was even noted by then Presidential candidate William Jennings Bryan and a future Cabinet position was discussed. Like Croke, Patterson had a beautiful ranch style home built near a lake that bordered some property that Croke owned. The two men were amicable friends whose families enjoyed one another’s company.

Croke and Patterson Strike A Deal

Upon the Croke Mansion being finished, a sadness had overcome Thomas. Historians differ on the exact cause, but the longstanding thought is that Thomas felt a great displeasure over the house’s final construction. Coupled with a bad investment into the silver market, he was unable to possibly pay for its entire construction and it was then that an actual trade was made. Thomas Croke traded his newly built home for Tom Patterson’s ranch. The two men swapped homes and shortly after the move into the Croke Patterson Mansion, the terror began.

Just after moving in, Patterson’s son committed suicide in the home. The next year in 1893, his oldest daughter died of a mysterious illness. The deaths of his two children took quite a toll on both he and his wife Katherine. Newspapers also mention a small detail of the Patterson’s having a newborn child named Mary that perished shortly after being born. Katherine was overcome with deep sadness and eventually died in the home of cholera in 1902. All this loss of loved ones finally took its toll on Tom, and he died of a sudden heart attack in 1910.

His only surviving daughter was Margaret Patterson Campbell, and both she and her husband Richard inherited the home. Over the next few years, the home was sold and repurposed into a multitude of things to include an apartment building, law office, and doctor’s office. It had many owners and a large number of people living in it over the next few decades. Almost all residents of the mansion have had unexplained paranormal encounters of frighteningly epic proportions.

The individual apartment rooms within the mansion are quite active. Drawers open and close by unseen forces, as well as doors shutting and lights turning on. A former tenant who was pregnant reported being visited by the spirit of an older woman who said her name was “Kate” and that she was there to “help the baby”. No doubt Katherine Patterson’s ghost, many paranormal enthusiasts claim. 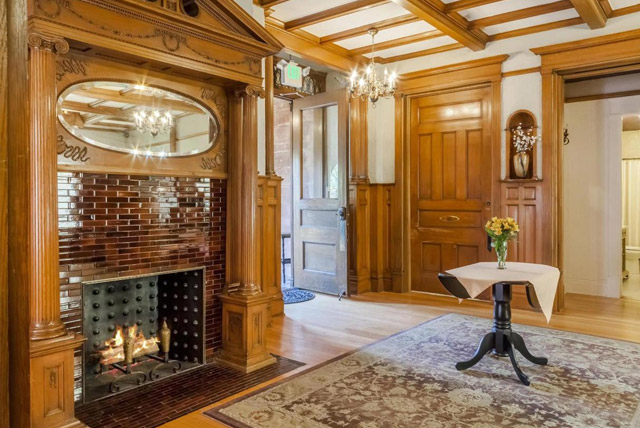 Even more bizarre is the downstairs fireplace area. A former business owner of the mansion had called in a priest to bless the home and when he came to asperse holy water on the hearth, a disturbingly black vortex manifested and spewed forth a gusty wind. The priest left immediately and never returned. In the late 1970s, another realtor and owner of the mansion claimed to have experienced this same wind. While standing in full view of the fireplace, a great and powerful blast of wind shot the brass fireplace rack clear out of the hearth and across the room.

Over the years, many psychics and mediums have investigated the mansion and held seances. Collectively, they all claim to come in contact with the spirit of a young girl who claimed she was killed and buried in the basement. Reportedly a small chamber area was discovered in the basement and a hole in it was filled with an odd substance composed of some bizarre sand-like material. Whether it was cremated human remains have yet to be tested.

Further seances get a similar spirit who claims she was a young girl who died and whose own mother dug up her body and buried it in that chamber basement wall. Even the carriage house on the property is thoroughly haunted by the spirit of a younger man named “Willie”. Reports read that Willie was employed as a hearse driver who robbed graves and brought them back to the mansion and engaged in Satanic rituals. Law enforcement was said to have caught him and found that he hung the bodies with rope on the wooden beams. These wooden beams are still exposed in the mansion to this date.

For the present day, the mansion has a totally new identity as the Patterson Inn, a luxurious bed and breakfast that has the distinction of being a Denver Historical National Landmark. While the inn has been remarkably transformed into a successful place to stay, guests still remark that there are strange occurrences happening to this day. 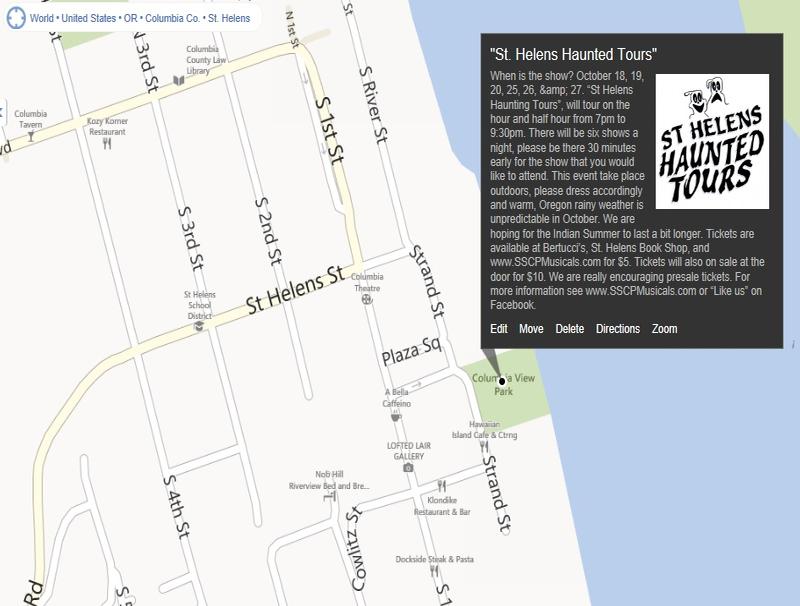