The Haunted Hotel Teatro sits in a location that used to house the old Denver Tramway Building, which was built in 1911. After the last streetcar stopped running, there was no reason for the Tramway Building. Instead, the University of Colorado used it for the Center of Performing Arts until 1997.

Restorations began in 1997 to turn the building into a hotel. During renovations is when the spooky happenings began. It is said that often that spirits do not like changes to their environment, which has been said to increase paranormal activity. They don’t like when their resting place is changed or altered.

The most notable ghost in the hotel is one called the “Tool Man” since he walks around with a toolbox. It’s thought that the Tool Man worked in the Tramway Building, and died while on the job. He disappears if anyone calls out to him. From the moment the crew started construction of the Hotel Teatro, there began hearing disembodied voices and experienced ghostly apparitions.

Guests of the Haunted Hotel Teatro have remarked that they felt like someone was in the room well after the cleaning staff had made their rounds. Items have been moved and other small unexplained occurrences happened during visitor’s hotel stay. 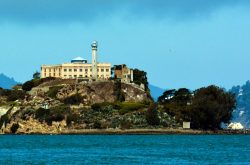 The Prison on Alcatraz Island

Prison escapes are one of the rarest events to occur inside correctional institutions across the world. Read more… 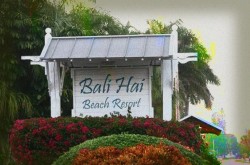 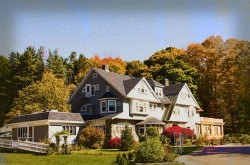