The rustic inn has been offering hospitality and ghostly sightings for 100 years. The body of a young, lady guest was found in the Palm Court in the 1920s. Guests have seen a pink mist or the apparition of a woman dressed in a pink gown. After interviews and fieldwork at the hotel, it has been established that the Pink Lady from room 545 is more than a myth.

The ghost of the pink lady & other paranormal activity

A guest’s two-year-old son inquired about the nice lady after waking up from a nap in the Pink Lady’s room. Workers refused to go into 545 because they got chills when they got near the room and neither of them knew about the apparition.

The manager of the hotel’s nightclub has seen the spirit on several occasions.

When the Grove Park Inn closed for the winter, employees outside saw all the lights on the sixth floor go on then off again.

After a New Year’s Eve party, at four a.m., two workers saw a woman in evening wear rush by the office. They went out to talk to her, and she disappeared. 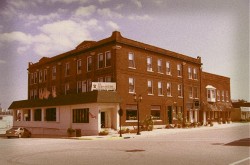 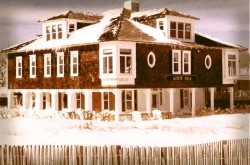 The Addy Sea Haunted Inn The Addy Sea Inn in Bethany Beach, DE is a charming Victorian-style bed and breakfast that was built by the Addy family in 1902. Read more…