Published by admin On September 23, 2017 Leave a response 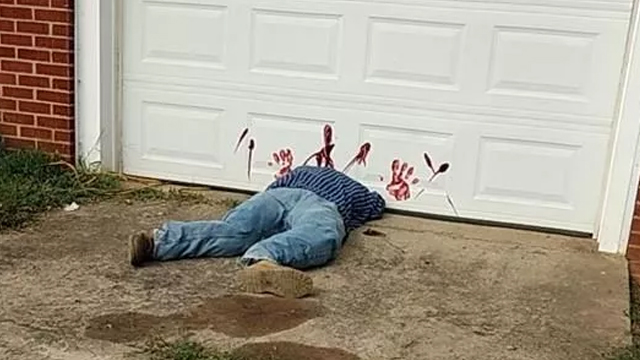 Police in Tennessee’s Green County Sherriff’s Department are getting frightened calls from neighbors reacting to a fantastic early Halloween decoration. The Halloween decoration depicts a man’s bloodied body cleaved in half underneath a shut garage door.

Joseph Lovergine’s early Halloween decorating has frightened several but also amused quite a few as the police have released the following on Facebook, “THIS IS A HALLOWEEN DECORATION! Do NOT call 911 reporting a dead body. Instead, congratulate the homeowner on a great display.” 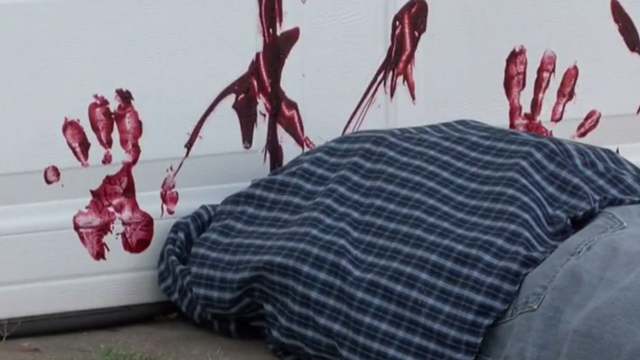 Just some clothes stuffed with paper and a little fake blood went a long way. When police arrived, they actually grabbed the boot to find it was a Halloween decoration. They reacted well and so have the neighbors after the initial scare.

The response the police have received prompted them to share the awesome Halloween decoration on Facebook and caution neighbors and passersby not to overreact.

The Halloween season is upon us. It’s time to start decorating and get in the spirit.

Win Over $1,000 in Halloween Digital Decorations from AtmosFX