The castle was built in 1892 and went from being a family home to a location for nuns then Jesuits. In 1968, it was turned into a hotel, and guests have reported many strange and unusual occurrences. Most happenings are reported in rooms 302, 304 and 306. The ghosts are thought to be a monk who hung himself and a young girl waiting for her love to come back from the war. When she learned he died, she jumped out the window. The drinking glasses in the cafe, which was previously the chapel, seem to explode. 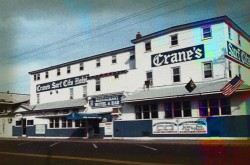 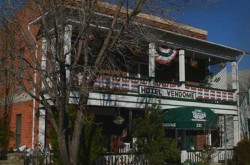