Old buildings hold a lot of history.  The old building that houses the Brick Deli at 112 Moulton Street in Decatur, AL is no different.  In over a hundred years of existence, it has been offices, furniture store, restaurant and bar.  And, it has been much darker things.  Back in the early part of the 20th century, the upstairs was used as housing, a speakeasy, a bordello to name a few.  Over the years, there has been a lot of pain, suffering, and death in this historic building, along with the adjoining buildings that no longer exist.

When the Brick moved into the building, the upstairs was closed off.  They used a small portion for storage, and the rest was boarded up.  Over the years they went into some of the areas to find them basically empty.  Well, empty of physical items….  Parts of the upstairs had been sealed off with a brick wall, with no idea what was behind those walls.

Over the years, it has been documented that there are spirits in the upstairs area of the Brick.  There is a spirit of a little girl, whose mother worked in the brothel, who screams “GET OUT!”  Research has shown that a number of the working women did have children who played in an area outside of their rooms.  Those children often saw their mothers get abused and beaten.  People have been alone upstairs to hear footsteps.  When they went to investigate, the footsteps stopped and started again in another location.  There are numerous reports of people being touched and seeing disembodied faces.  One day, a worker, alone in the building, heard a group of men talking.  This can only be attributed to those who partook in the illegal speakeasy.  There are also stories of circus members staying the night in the adjoining building who were burned to death during an early morning fire.  The fire was so bad that they could never find enough of the bodies to remove, so it was bulldozed to make the parking lot next to the Brick.  There have been instances of carnival music being heard, along with antics that you’d expect from good natured clowns.  There’s been no reports of negative energy from any of the perished clowns.  Yet.

Recently, the great folks at the Brick have allowed Nightmare on Moulton Street to utilize the upstairs for their charity haunted house.  Each year they expand into areas that have been closed for decades.  This past winter, the owners along with the haunt workers broke through the sealed off area.  It turned out to be what appears to be a long winding corridor.  Most likely to smuggle booze into the building, or maybe to carry dead bodies out…   There is concern that there is evil in this corridor.  Lights will not stay lit.  Voices and physical touches have been more prominent.  Nobody has been willing to fully explore this area due to the total darkness and feeling of doom.  In addition, there have been more instances of interaction with the unknown.  It’s almost as if breaking through the wall opened the door of evil.

However, even with an increase in activity, the folks at Nightmare on Moulton Street have moved forward to prepare the haunt for the 2021 season!  Please come join us and see what you experience… 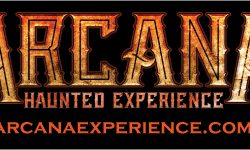 Arcana Haunted Experience presents the Mortuary Simon was once the friendly neighborhood undertaker, until death after death plagued upon him. Read more… 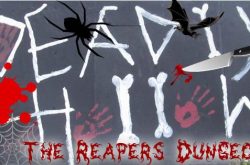 The Reaper’s Dungeon in Walterboro, South Carolina The Woods – Deep, dark, eerie, and infested with the endless screams of tortured souls! The Haunt begins with a… Read more…