Look at any chronicled “scariest places” list, or ask a paranormal historian what some of the most haunted places in the world are and within their top three, they are sure to name the Waverly Hills Sanatorium.  Situated in the southwestern area of Louisville, Kentucky the sanatorium is also renowned for being the most haunted asylum anywhere in the entire world.  You know that you’re into something quite serious when the hauntings in a place go from stable objects moving and cold spots to malicious appearances of ghostly doppelgängers mimicking the visitors to the sanatorium themselves.

Is The Waverly Hills Sanatorium Haunted?

The location and former building where the sanatorium stands now was originally purchased in 1883 by a military man, Major Thomas Hays.  Due to the remote location at the time, the initial building was fashioned into a large one-room schoolhouse as the nearest school was several miles away.  A woman named Lizzie Lee served as the first teacher there and she held a special fondness in her heart for author Walter Scotts’s Waverly Novels series. Major Hays needed a name and found Lee’s penchant for the Waverly Novels to be the perfect name and the Waverly School was formed.  At the turn of the 20th Century, the region was hit very hard with a severe tuberculosis outbreak and the land the Waverly school was on was purchased.  Subsequently, the building and land were massively expanded and hospital construction was done so as to house the influx of tuberculosis patients. 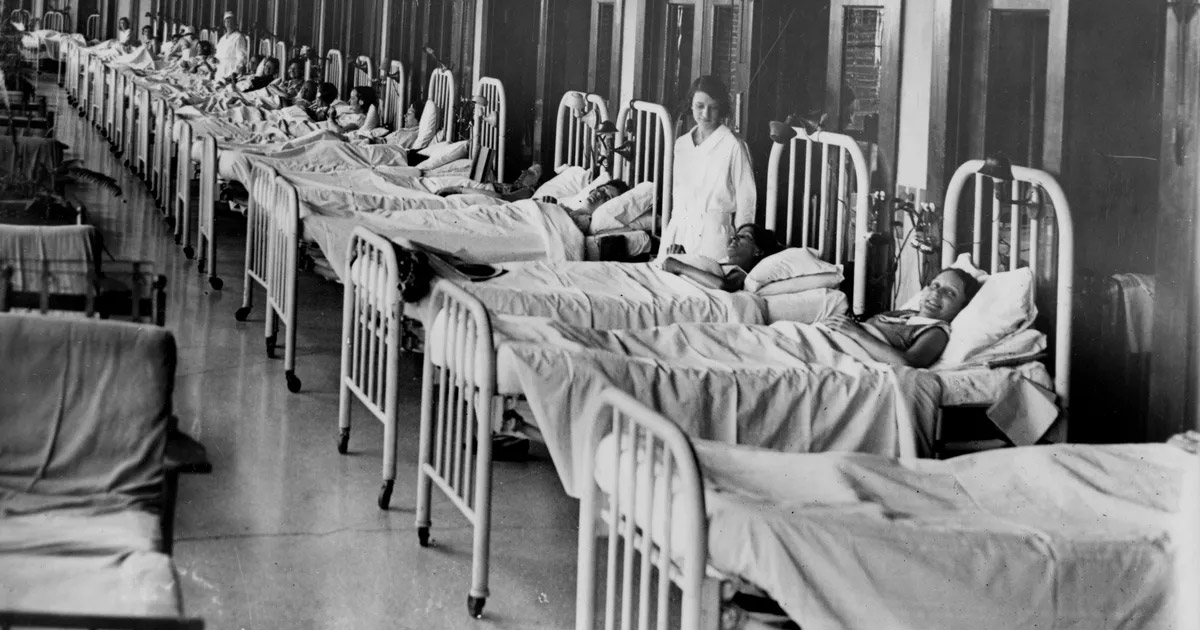 Roughly beginning in 1911, for the next three years more and more beds and building extensions were added to create a five-story, four hundred bed building for those stricken with tuberculosis. A children’s wing for younger patients was even added, however as the numbers of cured children improved, feeble adults who had tuberculosis and could not care for themselves in the outside world were sent to live in this wing.  In 1962, cases of tuberculosis patients declined to a point where the Waverly accepted geriatric dementia patients.  For the next twenty years, the Waverly Hills cared for these patients until the state of Kentucky stepped in to close the sanatorium down due to severe neglect in 1982.  And that’s when the horror stories began to emerge.

The Creeper is hands down the most intimidating spirit in the entire sanatorium. Manifesting itself as a twisted shadow creature, The Creeper has been known to appear in the sanatorium hallways the most.  If spotted, it has long crudely twisted arms and legs and it seems to be spotted approaching some unlucky visitors in various ways.  Most commonly, it is spotted crawling along the floor, while other times The Creeper is on the ceiling, slowly approaching the unsuspecting.  One of the associations of being in the presence of The Creeper is doom.  Paranormal investigators to Waverly have claimed that when The Creeper has been spotted, they suddenly have such an overwhelming sense of dread saturate them, that the feeling of impending doom is immediately upon them, and more often than not they have to leave the property as it takes hours to calm down again. 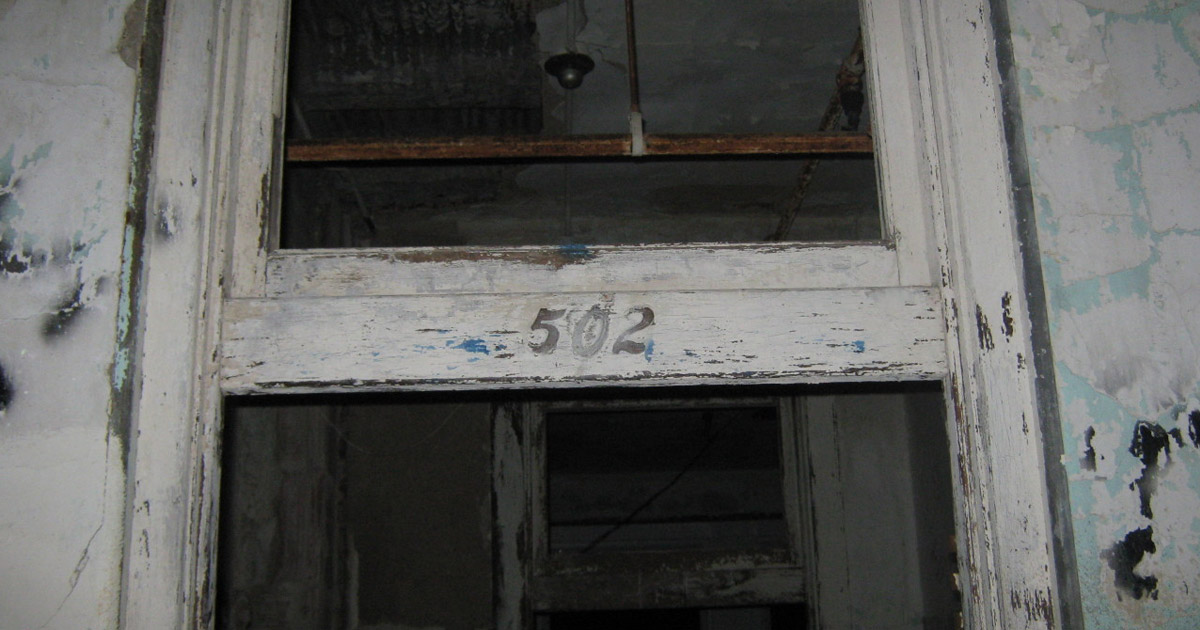 Room 502 is the most haunted individual room in the complex.  Pretty young nurse Mary Hillenburg worked at Waverly, and according to stories there, she became pregnant out of wedlock.  Feeling ashamed and hopeless about her situation, it is believed she sought out an abortion, but something about the procedure went horribly wrong and she committed suicide by hanging herself inside the room.  Her death was a gory scene and the baby was already dead and was put down the body chute the sanatorium had.

Today Room 502 has chilling reports of vicious cold spots, and objects indeed flying past visitors.  EVP sessions have picked up the words “get back” inside the room and the phantom screeching of the chair Mary kicked out from under herself to be hanged is also audibly heard.   The body chute to the Waverly was often used as patients often succumbed to their illnesses.  Bodies were sent down to a tunnel where they were rounded up and transported via train to unknown destinations.  EVPs collected from this area of the sanatorium are quite chilling in their simplicity as words like “pain” and “leave now” are picked up.

Emerge from the body chute tunnel and you’re likely to catch a glimpse of Timmy, a child ghost there.   A young patient who passed away at the age of six, Timmy had a fondness for toy balls.  Over the years, visitors bring in toy balls and leave them for Timmy to play with and many a time people have claimed to see one of these toy balls in a room roll furiously back in forth on the floor unassisted, before Timmy’s spirit rolls it at them.

Waverly is also no stranger to modern American horror pop culture.  In 2005, reputed horror documentarian and filmmaker Phillip Adrian Booth directed a little then-unknown cast to star in a film entitled Death Tunnel.  The plot was horror-cliche of college sorority hazing gone wrong as a half dozen young women have to endure five floors of pure hell as they’re terrorized by the long tormented spirits there.  Menacing ghosts in the film were inspired in part by actual spirits said to be haunting the Waverly.  Even wilder is the fact that this film, in particular, was filmed at the Waverly Hills itself.  Cast members have been quite reluctant to reveal as to whether or not filming there added to the fear-filled environment they were trying to create, but filming in such a place no doubt added considerably to the scare factor and requiring all acting parts in the film to be quite method.

The Waverly Hills Sanatorium today is completely open for ghost tours, events, and paranormal investigations of all types.  Visitors are encouraged to take videos or pictures that document any paranormal activity they find on the grounds, however, arrangements to visit must be made via reservation.  Even with all the tour groups, some people have been brave enough to attend one of the all-night tours.  And it’s completely normal to see them last only an hour or two before running out the building screaming in sheer terror. 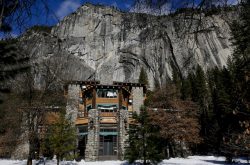 The Haunted Ahwahnee Hotel Thousands of people visit Yosemite National Park every year, but most don’t come for the ghosts. Read more… 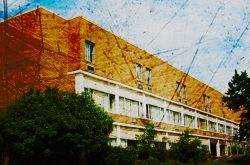 The hospital is the most important place in humanity’s world. Life begins there, and it certainly ends with death there. Read more… Nevada’s notorious Clown Motel sits between Reno and Las Vegas on highway 95 in the small town of Tonopah. Read more…