Published by FrightFind On September 30, 2015 Leave a response 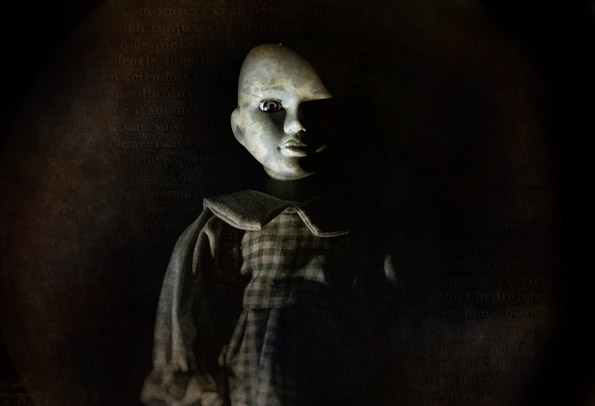 It was. Three times its head spun in a sort of hellish and ritualistic practice that survived the dark impositions of the thing. The room was without light. Its hollow plastic arms rolled in its shoulder joints and moved it forward like a demon wheel with teeth, pulling itself inch by inch across the center aisle between the dreaming children.

It stopped mechanically and the sacrilegious sizzle of grinding plastic brought a few of the children to stir as it stared at their exposed feet with a dead contemplation in its painted glass eyes as to how their toes might be rearranged. Its arms rolled and it dragged its bowed legs and rotten blue onesie like a pile of its own hanging bowel and with all of the ingenuity of some dark sage it twisted itself in the animation of a deep sea star and mounted the innocent padding of a child’s bed and waited. The child’s chest rose and fell. Foam dribbled from the tiny hole in the center of the thing’s plastic lips. Dead eyes stared.

It crept forward like an escaped shadow and the bed maintained its shape throughout the thing’s light movements as if the bed were a sort of hallowed terrain that rejected evil so entirely that it’d rather not acknowledge it existed at all. A whistle like a punctured sinking lung began as the thing neared the child’s skittering eyelid and the thing’s glass eyeballs rolled in their sunken sockets with a frenzy of corrupt excitement and its own hinged eyelids bobbed up and down, a broken gyro that caused a perpetual winking as moved closer and closer.

As the child breathed and the thing’s mouth set so close, the air from the child’s lungs was intercepted like a blasphemy of pneumatics and the child’s eyelids slowed. The child’s body sunk in a sort of vile stasis with all the attributes of time itself being stolen away. The thing sucked. Its eyes rolled faster. The whistle became louder and the child’s sleep movements became more lethargic and lifeless. A soft pop resounded as the thing’s face caved to the intensity of its own draw and it stood there like a jawless apparition of gluttony set to swallow itself whole.

The door of the room burst open and the lights turned on and the whistling sound gave to a lifeless thud of hollow plastic on the ground between some of the children’s beds. The children all stirred and looked up to the scanning matron near the light switch in sleepy confusion and uncertainty but the lights just as quickly went out and left the room dark again. But the child in that bed next to the fallen thing just laid there motionless and was no longer receptive to light at all. The child was as dead and empty as the thing itself and that thing stared at the ceiling now, with one broken eyelid full down and another gleaming glass eye that lay full open. 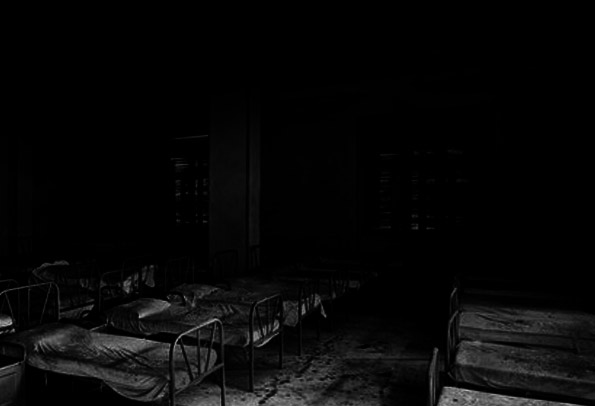 Orphanage by J.A. Crook. J.A. Crook is an independent horror author from Lubbock, TX. Check his website out here or follow him on Twitter.
Pre-order J.A.’s upcoming Amid the Recesses on Amazon.