This inn is located next to the Mt. Rainier National Park. It’s believed that most of the hauntings in the inn are people who have died trying to climb the mountain. Guests have reported furniture being moved and footsteps in the hallways when there was nobody there. Many have reported movement in empty rooms. There’s been reports of people feeling like they’re being watched too. The wind is said to vibrate through the windows, which makes it sound like voices. It makes the location even spookier. 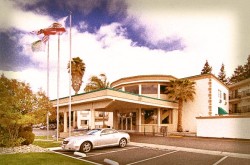