It’s thought that the wife of a former owner haunts the Rosario Resort. She’s been spotted on the third floor in a red dress. She also has been seen driving a motorcycle in the hotel. One guest to the resort said that she was taking a small tour upstairs and found herself in an empty room but felt like she was being watched. She was overwhelmed with the urge to leave quickly. Another guest left the hotel early in the morning after being unable to sleep. She spotted ghostly figures in the parking lot. 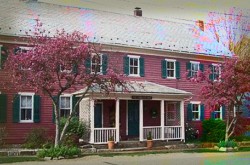 The Cobbler Shop Bed and Breakfast 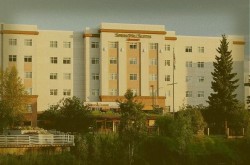