The area of Gettysburg, Pennsylvania is synonymous with President Abraham Lincoln’s speech given there during the time of the Civil War. It was a speech where President Lincoln assured that new freedoms were to be won and the United States would never be destroyed as a whole. Months prior, Gettysburg was the site of over fifty-one thousand casualties from the Battle of Gettysburg. One hundred and fifty-six years later, visitors to the Gettysburg Hotel are finding it is busy with supernatural activity. 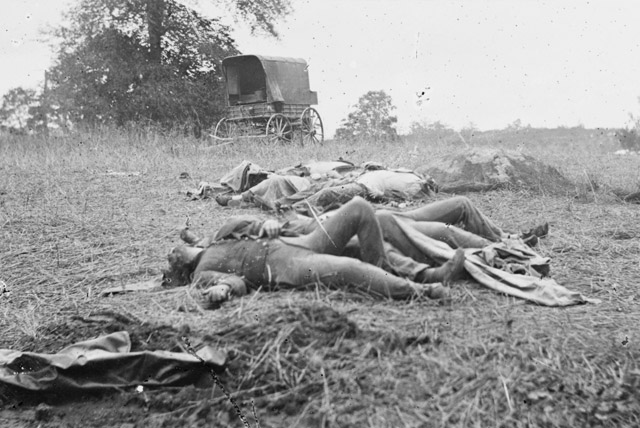 Is the Gettysburg Hotel Haunted? 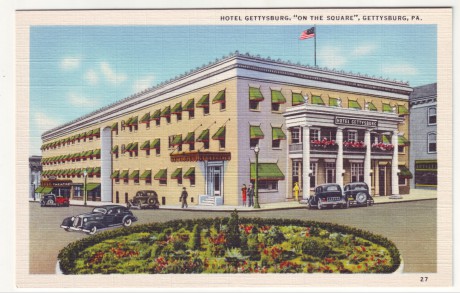 The Gettysburg Hotel was originally constructed in 1797 in the form of a tavern named Scott’s Tavern. After a few years, it was purchased by a retired local sheriff who continued in the tavern tradition while slowly adding on rooms to accommodate weary travelers to the area. In 1863, the year of both the Battle of Gettysburg and the Gettysburg address, there is a local legend that the spare rooms on the site of the tavern were makeshift medical rooms to help with the battle site overflow of wounded and dying victims. Sometime during the 1890s, the tavern was purchased by a new owner who formally began construction and remodeling on the tavern’s site. In 1893, the Gettysburg Hotel officially opened for business.

Over the next few decades, more and more amenities were added such as electricity, hot running water, and a fine dining restaurant. The visitors to Gettysburg were quite eager to stay at what was the finest hotel in the formerly battle-worn area.

The Nurse Who Haunts The Gettysburg Hotel

Into the twentieth century is when the first paranormal ghost sightings began to occur. The most popular of these sightings are of a Civil War-era nurse named Rachel. Clad in period piece nurse’s clothing from the Civil War, Rachel has been seen walking throughout the halls, as most reports do not have her floating. In fact, her ghost has been sighted on the outside sidewalks as well, fully walking before disappearing entirely. The origin of her name is a complete mystery as is her purpose there. She can be seen appearing in guest rooms, opening up their dresser drawers, rearranging items, opening, and closing closets, and turning the lights on and off. 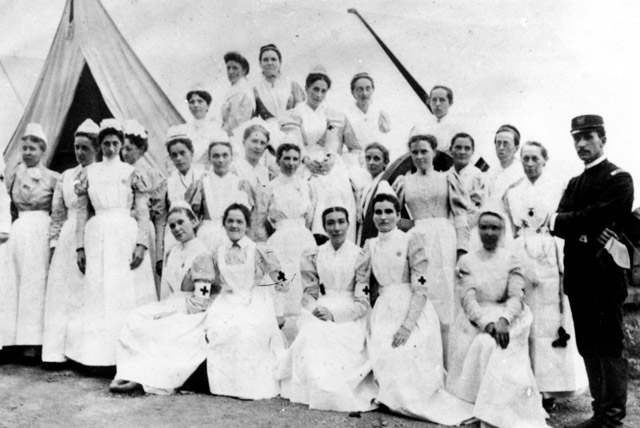 The prevailing paranormal enthusiast theory to this is she is somehow must have died nearby during the Battle of Gettysburg. With the Gettysburg Hotel being a former tavern that served as an impromptu medical location during the Civil War, this makes the theory of her ghostly existent that much more valid. Her behavior in the rooms is very nurse-like, as she opens, closes and inspects things, keeping everything very orderly. She has not been known to be malicious or violent in any capacity. Just recognized by guests and the staff as a spirit who still sees herself eternally attending to the injured Civil War soldiers and the recently deceased ones.

Aside from Rachel, another Civil War-era spirit has been seen roaming the many halls of the Gettysburg Hotel. His name was James Culbertson of Company K from the Pennsylvania Reserves and he was a much-respected soldier for the ultimately successful Union forces. Legend has it that Culbertson was brought to the makeshift medical tavern during the Battle of Gettysburg. Despite his many attempts to want to return to the battlefield, he succumbed to his penetrating gunshot wound hours later.

Guests have reported over the years about seeing a pale and faint looking spirit of a man dressed in Civil War Union forces attire, suffering from what appears to be a bloody hole in his torso. In very rare instances, Culbertson’s spirit has been known to speak and remark about wanting to join the battle and keep fighting. Lingering cold spots are also known to accompany him any time that he appears.

The hotel contains a small ballroom area, and a younger woman in Civil War period dress has been known to appear and swiftly moves around from side to side as if dancing to music unheard. At times in the ballroom, the ghostly apparitions of Civil War soldiers have been seen at times near her dancing spirit, possibly serving as ghostly protection. A former employee of the hotel claimed that while in the basement late one evening, he heard a set of footsteps behind him. He looked back in time to see a simple dining cart that was used for hauling dinnerware glasses, begin rolling on the flat surface. It traveled an estimated twelve feet before turning completely around and coming to a total stop.

These days, the Gettysburg Hotel is one of the most visited hotels in the area considering it sits across from the Gettysburg National Military Park. The hotel has once again undergone renovations, granting it a popular four-star review online with many guests praising the modern amenities. While being so close to all the historical significance, the Gettysburg Hotel is truly one of a kind in regards to actual spirits from the Civil War still making their silent presence known. 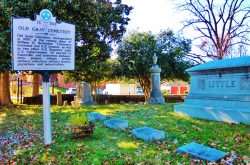 Cemeteries and graveyards are places where the dead are buried and the living go to mourn and remember them. Read more… Verify ownership of
The Gettysburg Hotel