Home » Haunted News » The Ghosts of the Queen Mary

Published by FrightFind On August 14, 2018 Leave a response 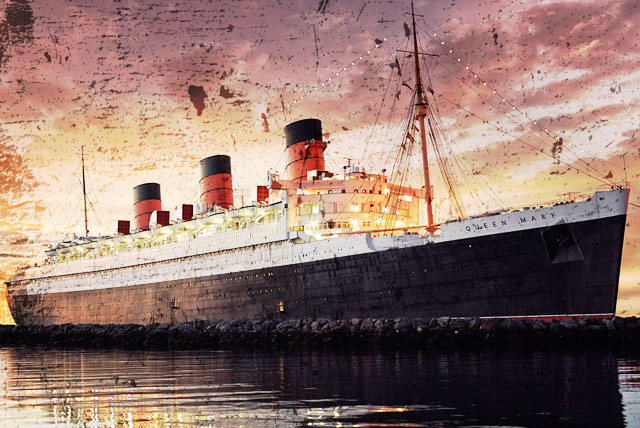 For those in search of an unorthodox hotel experience filled with supernatural wonder, look no further than the RMS Queen Mary.

History of The Queen Mary 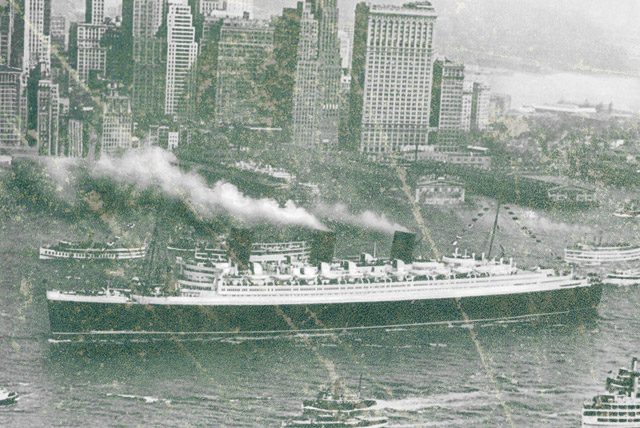 The Queen Mary has a long, storied history that dates back to the great depression. Built by John Brown & Company during the early 30’s, the ocean liner departed on its maiden voyage on May 27, 1936, from Southampton, England. It served as a luxurious cruising experience for celebrities and the rich – containing numerous dining halls, pools, cocktail lounges, and a grand ballroom. The Queen Mary became a symbol of elegant lifestyle during a time when the country was in the midst of an economic crisis.

The ship continued to be a majestic travel experience up until late 1939, when the vessel was transformed into a troopship during World War II. To repurpose the vessel for war, many of the ship’s luxurious furnishings were stripped and the exterior was painted in camouflage grey – giving it the nickname “Grey Ghost”. It became one of the fastest troopships; capable of carrying 16,000 troops at 35 miles per hour.

Is The Queen Mary haunted? After the war, the ship was reformed into a cruise ship for the elite and served its initial purpose as a lavish ocean liner until late December of 1967, where it docked in Long Beach, California and has stayed there since. Now, the famous ship serves as a floating hotel for guests who want to have a unique vacation experience. Part of that experience is the vessel’s share of haunted sightings.
Ever since docking in Long Beach in the 1960’s, the Queen Mary has been the location for numerous paranormal sightings.

The Cruise ship-turned-hotel has become a hotspot for paranormal investigators and tourists looking for a few good thrills. Guests can expect the usual array of ghostly mischief: people hearing mysterious knocks, doors opening and closing by themselves, temperatures dropping dramatically, and strange aromas of the past. An encounter with the supernatural seems to be just around the corner on the Queen Mary, but certain rooms on board the ship attract more ghostly activity than others.

Haunted Rooms on the Queen Mary

The ship’s engine room has received many reports of paranormal activity. At the depths of the engine room, lies a massive, heavy black door, known as door #13, which is rumored to have crushed two crew members to death during the ship’s seafaring days. One of the crew members, an 18-year-old boy dressed in blue overalls, supposedly frequents the area to this day. His ghost can be found wandering the engine room’s walkways, making his way towards the ominous door that ended his life and disappearing on arrival. 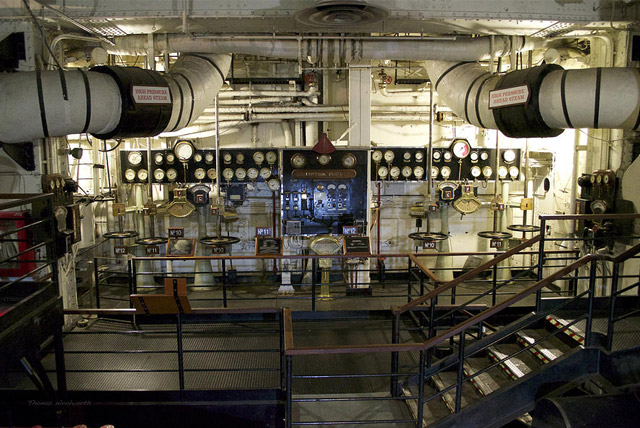 The ship’s poolrooms also play host to wandering spirits. While not in use today, some have reported hearing strange activity emanating from the first and second class poolrooms. Tourists and crew members have reportedly heard sounds of splashing, laughter, and wet footprints leading to the changing rooms. Some have witnessed a woman, dressed in 1930’s swimwear, walking around the pools before disappearing into thin air. 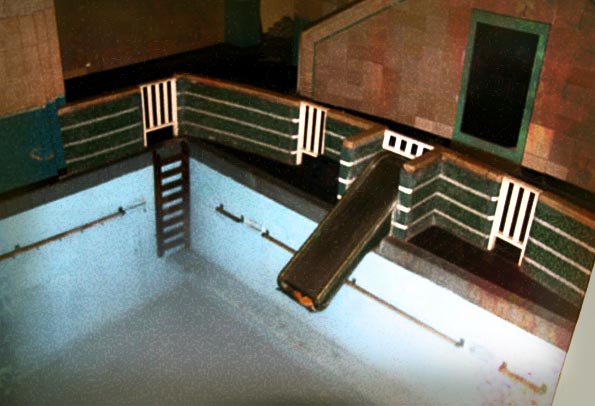 The second class poolroom is host to one spirit in particular – a little girl. A ghostly presence, known as Jackie, has reportedly haunted the location for decades. She is described as a young girl, clutching a teddy bear, who drowned in the pool decades ago. Guests and workers have described hearing her voice, along with laughter, in the area. Although there are no official records of anyone ever drowning in the Queen Mary’s pool rooms, some paranormal investigators nevertheless believe that Jackie’s spirit resides in the area.

Queen Mary’s Most Haunted Room B340 Out of all the locations on the Queen Mary that experiences creepy events, the most famously haunted room aboard the ship is stateroom B340. Stateroom B340 has been the site for the most reports of haunted sightings on board the ship. For the past few decades, people have witnessed lights and faucets turning on and off, bed covers being pulled off while sleeping, and, most terrifying of all, an ominous, dark figure standing over guests while sleeping. Stateroom B340 has become so infamous, that tourists have been requesting a stay in that room for years. It’s been closed off to rent since the late 80’s, but has recently opened to rent for single night stays. So, if anyone’s looking for a terrifying hotel experience, then stateroom B340 is for you.

The Queen Mary was once one of the most majestic ocean liners to sail around the globe. Today, it’s one of the most haunted travel destinations in America. Tourists are welcome to book a room at the ship-turned-hotel in hopes to witness a few ghostly events. If you don’t mind strange knocks, doors randomly opening and closing, or being greeted by a dark figure in the middle of the night, then perhaps a night in the RMS Queen Mary is for you.