Published by FrightFind On March 11, 2016 Leave a response WHAAAAAAAAT? Yes. You read this right. A woman in Redding, California actually took the police on a high speed chase in the Scooby Doo Mystery Machine. The van that we all know and love from our childhood is back, however Daphne has hit the wall.

In this episode, Daphne was played by Sharon Kay Turman pictured below. In all fairness, this picture was without her makeup. Zoinks! 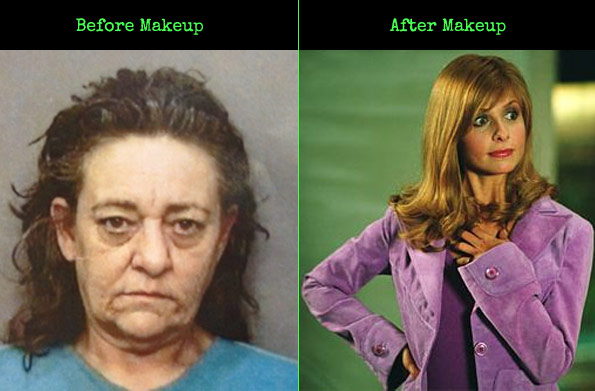 Daphne’s whereabouts are as mysterious as the van. We feel it’s important to note that in this article we refrained from using the words “Ruroh Raggy” and didn’t mention “Scooby Snacks.” Zoinks had to be said.