Published by FrightFind On September 25, 2019 Leave a response

So Terrifying They Need Three Locations To Contain It! 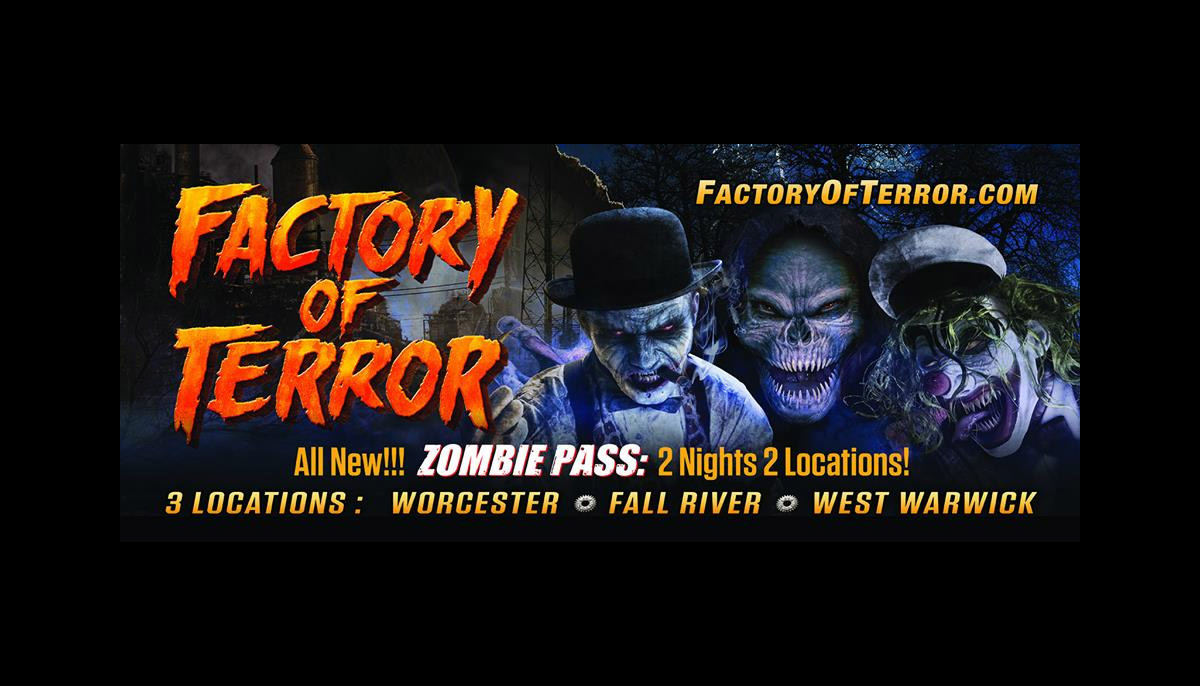 Factory of Terror based in Warwick, Rhode Island is so terrifying that two other locations in Worcester and Fall River are needed to contain all the frights!  Each separate site contains five haunted houses in one, however, each location is different. Phobia Mayhem confronts those who dare to enter it, where their darkest fears come to life!  Dracula’s Hideaway will be having you crossing paths with the king of all vampires and his bloodthirsty minions.  Clown College 4D is anything but funny when you are up close and personal with the most disgustingly demented clowns ready to pounce. Special ticket combinations for locations and haunts are a value lifesaver for the haunted attraction junkie.  Five haunted attractions equal five times the fear and Factory of Terror is cranking it out by the hearse-load!

FrightFind It: Factory of Terror in Fall River, in RI

Entering its 23rd year of scaring innocent souls and has become the largest haunted attraction in southern New England.

Explore the dark tunnels that lead you below Fort Adams!

This all volunteer haunt has lots of Clowns. So many CLOWNS!

See all our Haunted Houses in Rhode Island >>