Located just minutes from downtown Chicago in the outlying area of Bremen Township is the Rubio Woods Forest Preserve. An innocuous forest area known for its hiking trails, walking paths, and viewing points of natural wildlife that many locals find pleasant. However, deep within the heart of this heavily wooded preserve is an isolated, one-acre cemetery than many locals say is the most haunted location in the entire Chicago area. Bachelor’s Grove looks pleasant upon approach, tranquil and unoffensive to most, yet the supernatural activity here is one of the reasons this place is locked and entry is forbidden after sundown.

Is The Bachelor’s Grove Cemetery Haunted?

Burials in Bachelor’s Grove are said to go back as far as 1834 when a portion of German immigrants settling to the area were buried here as well as workers who perished on the nearby Illinois and Michigan Canal. Eighty-two burial plots are thought to be here, however, the cemetery is abandoned and overgrown. A local rumor is that Chicago mobsters from the 1920s and 1930s used to come here and bury bodies of those they killed. The cemetery has a sordid little history on-site as well. In 1966, a hunter in the preserve found a murdered teenage girl on the cemetery grounds. In 1989, a woman lures her jilted lover to the cemetery only to murder him to a nearly mutilated capacity. In 1993, a man was found nearly beaten to death after a shady and unspecified criminal deal went afoul in the cemetery. But just how haunted is Bachelor’s Grove?

This may be a paranormal first, but an actual phantom ghost house has been physically known to manifest and then disappear. Stories and encounters of this vary wildly, but the depiction of the sighting is that of a dark and dilapidated farmhouse with a trail leading to it. One of the more bizarre stories is from people who while hiking to the cemetery become lost along the way. Their previous hiking path disappears and it is as if they are being drawn into the ghost house by some sort of strange supernatural energy. Reports from people claim they feel disoriented and lose a sense of direction, although none of the people ever make it to the floating ghost house because they end up fleeing in terror from this nightmare. Nomadic ghost houses are not the only unexplained roaming entities, a series of mysterious lights are commonly reported. Vast glowing orbs that have claimed to have been sized at up to four feet in diameter are spotted appearing, floating, disappearing, and then reappearing again on both hiking paths adjacent to the cemetery as well as in tree-lines. The floating light orbs have been described as ranging in color from a deep yellow hue, all the way up to a burning red.

The Ghosts of Bachelor’s Grove

One of the most famous associations with the cemetery today stems from a photograph taken at the cemetery that many say is one of the most convincing and authentic pieces of paranormal evidence to date. In 1991, a woman named Judy Huff entered the Bachelor’s Grove Cemetery with a paranormal investigation group. She was tasked with using an infrared camera to take pictures of the cemetery and anything that stood out as needing to be documented for their investigation. When the investigation was done for the day, Huff found herself being strangely compelled to take a few snapshots in the direction of some tombstones. When the film was developed, what she discovered could not have been more shocking. One lone photograph was of a picture of a ghostly figure, sitting solemnly on a tombstone looking downward in the direction of a grave. Over the years many people have tried to dispute Huff, and claim that the photo couldn’t possibly be real. Reputable photographers have examined the actual film negative that Huff kept of the picture from that fateful day and none have been able to prove that the photograph has been faked in any way. 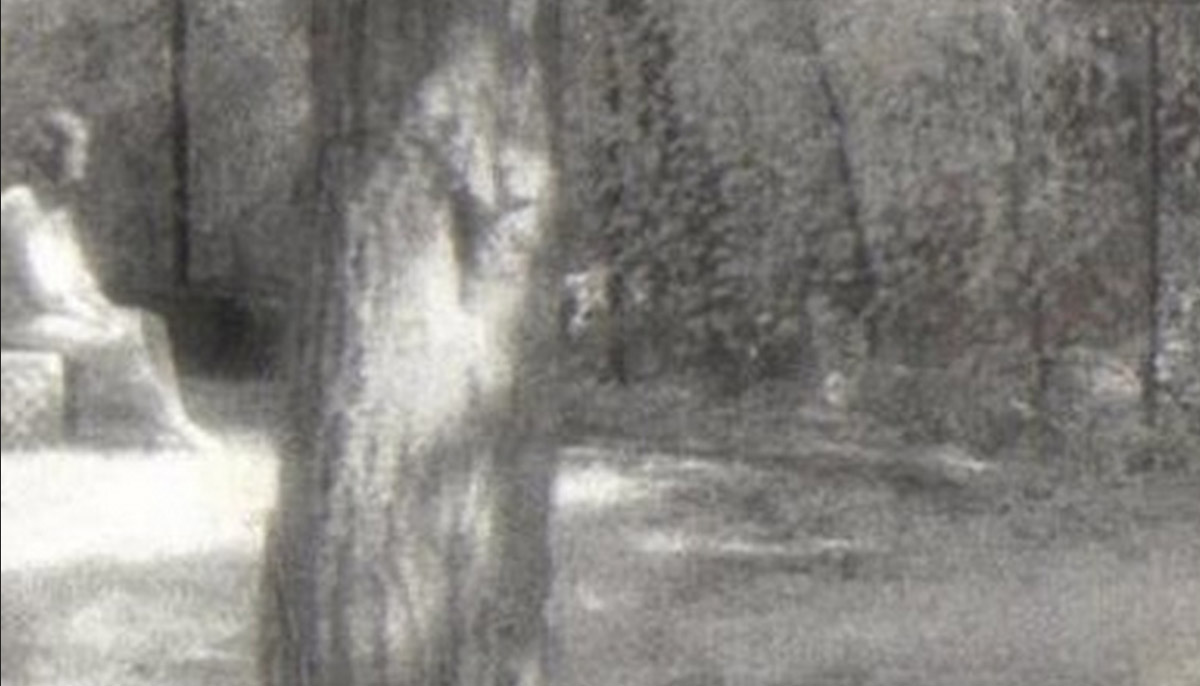 The famous Judy Huff photograph is not the only instance of a female spirit being present in the cemetery. Known as “The White Lady” or “The Madonna of Bachelor’s Grove”, is a frequently spotted apparition of a taller woman dressed in solid white, carrying around an infant in her arms. She is thought to be buried somewhere on the property next to her infant child who possibly died at birth, the Madonna is spotted in and around times of full moons. Another spotted spirited is known as “The Farmer”. Believed to have been dragged to death by his horse while plowing, people have claimed to spot a ghostly spirit in period clothing stomping furiously behind a shadowy looking horse. If that wasn’t terrifying enough to see, the cemetery has been reported as having a mysterious two-headed ghost that roams the back of the land, while a black ghost dog has been reportedly spotted guarding the entrance.

Today the Bachelor’s Grove Cemetery is still accessible through the Rubio Woods Forest Preserve. Although abandoned, many who visit here claim that anyone who enters here must not come with bad intentions as it is a respected graveyard and in doing anything sinister is likely to cause a most unwanted manifestation. Guarded by Cook County Forest Officers, Bachelor’s Grove is only accessible during daylight hours. 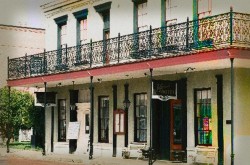 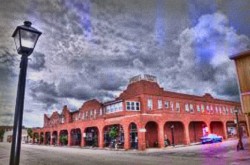