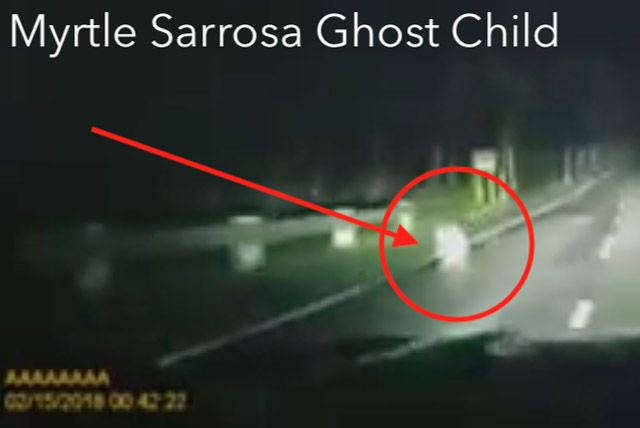 Dash cam captures a paranormal sighting in the wake of Typhoon Yolanda.

5/8/2018 – While traveling from Eastern Samar to Tacloban, actress Myrtle Sarrosa spotted what appears to be the ghost of a child on the side of the road. Sarrosa, best known for her role in the Philippines initial screening of Pinoy Big Brother Teen Edition, was driving late at night when she saw something on the side of the road. It appeared brightly in her headlights as she cruised down the highway. It’s hard to tell what exactly she caught on camera, but in reviewing the film, it appears to be a small child. Here is the unedited footage that Sarrosa posted to her social media account.

As you can see from the video, there is nothing around on either side of the road. There are no footprints, debris or mud. The apparition is simply floating in thin air and appears to be holding its head in its hands as if it was mourning or weeping. After reviewing the ghost sighting many times, we are sure of only one thing, it was CREEPY.

Known as Super Typhoon Yolanda in the Philippines, Typhoon Haiyan was one of the strongest tropical cyclones ever recorded.  This giant ocean-based storm breathed to life on November 3rd, 2013 and blew its last gust of wind on November 11th, 2013.  During its storm cycle, it caused an estimated $4.5 billion in damages, 4.1 million displaced persons, and a staggering 6,300 deaths. This storm is one of the most devastating natural disasters in modern Filipino history. Many people in the area where the Sarossa ghost encounter was recorded were personally affected by Yolanda’s storm path. The strongest part of Typhoon Yolanda crossed the very same area where Sarrosa spotted the supposed ghost. Could this have been a ghost of one of the souls lost to Super Typhoon Yolanda? 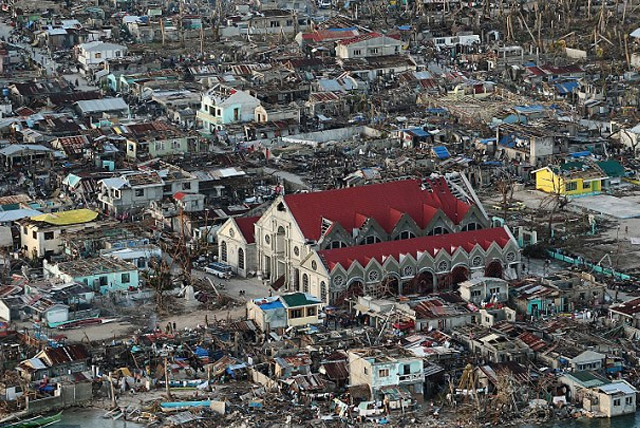 Inflicting mass casualties, Typhoon Yolanda also caused tremendous emotional pain and suffering.  So much, that some say it crosses the boundaries of pseudoscience and could possibly be an out of body experience. Could a child, trapped and doomed to a painful lonely death, torn from his family in the eye of a hurricane, have transcended to an astral plane and somehow gotten trapped in the purgatory between living and dead?

Could this be related to the Legend of the White Lady ghost in the Philippines?

To the west of Samar lies the island of Negros Oriental.  The legend of the ‘white lady’ or female ghost who haunts the forests is prominent there. She will appear at random to strangers as a specter on the side of the road which is similar to Sarrosa’s encounter. Filipinos know this ghost as ‘Kaluluwa’.  The translation of Kaluluwa from Tagalog is ‘spirit’ or ‘soul,’ but can also be used for ‘ghost.’  This spirit attracts many visitors hoping to catch a glimpse, and many claimed to have done so.  They will see the white lady as they pass, but upon revisiting the area there is nothing there, only trees.  Some say she is a witch or a ghost. Balete Drive in Luzon is another place known for frequent sightings of the White Lady. 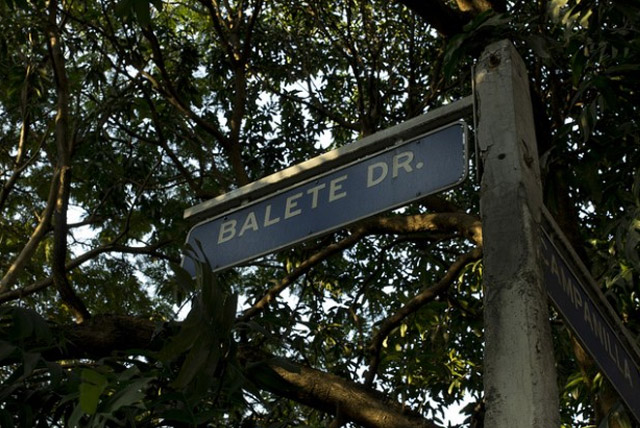