The Creole House – Inn on St. Ann is a thirty room hotel very close to Bourbon Street in New Orleans. It was built in the 1830s, and has a few ghostly inhabitants. The classic French quarter inn features the Creole cottage once owned by Marie Laveau, a famous voodoo priestess.

There’s bound to be some scares and hauntings if you visit the Inn on St. Ann. A common occurrence is the hijinks of a ghost the staff calls Knobby. Doorknobs on the second floor are constantly removed. They are found next to the doors, on the floor or missing altogether. When the staff tries to reattach the knobs, it’s impossible. They can’t be glued or screwed back onto the doors.

One guest reported a few other occurrences. The shower turned on and off a few times while she was in there. The bed shook as if a pair of hands were shoving the mattress up and down quickly. When she alerted the front desk, they were told that the ghost is protective of women traveling alone and wanted to keep them on their toes. 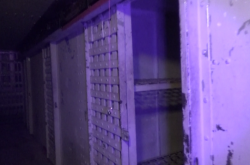 2nd Saturday of every month

This chilling lockdown will reveal mystery that lingers in every inch and around every corner. Read more… 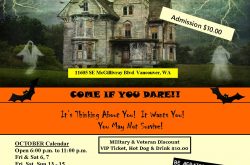 All of your worst nightmares… awaken and come to life. Try to make it out alive… I dare you… Read more… 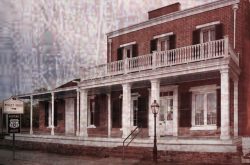 The Haunted Whaley House Bad omens had been following the Whaley family for years. Long before the tragic deaths of Thomas Jr. Read more…