Experience an approximate 30 min, walk-through, live performance. Psychologically designed to shock your senses, test your limits, and bring out your deepest fears!

We’re the ONLY regional Haunted Attraction that is confirmed ACTUALLY HAUNTED! Established in 2009. Dead Man’s Farm haunted house is located in the Knoxville TN Area. Set on a real farm in East TN, we are both indoor and outdoor.

The Legend of The Bludgeon Family and Black Magic!

Dead Man’s Farm was owned by the Bludgeon family for many years.  The few people that can still remember say the family was very secluded; doing everything for themselves at the farm, raising their own crops, slaughtering their own meat and even performing medical and dental procedures on each other.

That is until they fell onto hard times.  Witnesses reported that they were using BLACK MAGIC on the crops, the farm animals and eventually the poor farmhands.  Some people believe that the Bludgeon family was using this dark magic on the physical bodies and the very souls of their victims… while others believe they weren’t really human to begin with.

They twisted the land and the beasts into UNHOLY ABOMINATIONS in their attempt to make the farm more profitable.  Being unsuccessful in the end, the farm was foreclosed on. What the police found was a gruesome scene of human corpses, animal parts and some unnatural creatures… but the Bludgeon family was never prosecuted.

Unfortunately, no witnesses survived to testify against any of the Bludgeon family members. Some simply disappeared, others died around mysterious circumstances. 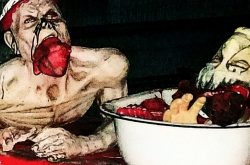 Haunted Hickory Meadows is Eastern North Carolina’s most frightening attraction! We are much different from most haunted attractions around. Read more… 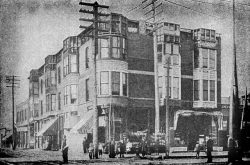 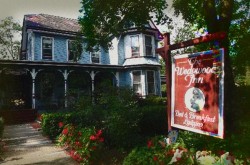