Touted as “the most haunted hotel in America,” the Crescent Hotel of Eureka Springs, Arkansas has been in operation since 1886. Standing 5 stories tall with 78 rooms, it sits on the Eureka Springs mountaintop. During it’s time, it has served many other purposes, most notably as a phony cancer hospital that infamously housed its own morgue during the late 30s.

The hotel is said to be haunted by many spirits and there are all sorts of unexplained phenomena reported with regularity. From ghost sightings in rooms to glowing orbs and apparitions of nurses walking the halls behind wheelchairs, the luxurious Crescent Hotel has a history steeped in the paranormal.

The Crescent Hotel may have been destined to be haunted before it was finished. In 1885, a young stone mason named Michael fell to his death in what would be room 218. Room 218 has been notorious for paranormal activity. One of the hotel clerks we spoke to said, “I won’t go in that room.”

Room 419 is said to be “Theodora’s room” and is one of the most haunted rooms in the Crescent. Doors open mysteriously by themselves, the feeling of something brushing past you, and more of the unexplained. Theodora is said to be a woman from the 30s who was there during the cancer hospital era. It is not known if she was a patient, nurse, or….

Want to stay in one of these haunted rooms? It is possible, but you’ll want to reserve your room 9-12 months in advance and it is well worth the experience. However, if you don’t get one of these rooms, there is plenty to experience as the haunts are not restricted there. Sightings and hauntings are reported throughout the hotel. You can also take a haunted ghost tour and take a spooky walk through the old morgue. Lots of scary stuff here for fright seakers.

Haunted rooms to stay in: 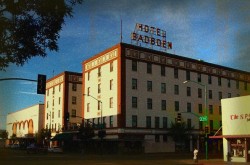 The original Garsden Hotel dates back to the turn of the century, but after a fire swept through the property, the owners rebuilt it in 1929. Read more… 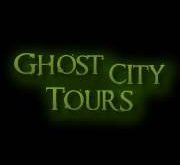