Not very long ago, When the wars of this new nation had been settled by blood and by fire. Two young boys, who had been playing on a local farm, uncover a strange item while darting through a field. Imprisoned within this entombment relic from a forgotten time was an entity of unspeakable evil, with a savage appetite for the harvesting of souls!

Upon finding this ancient prison, The boys ran and played as boys do, and as they did run and tumble, not only did they awaken this sleeping demon, They managed to break the chamber of its imprisonment, setting its influence and manipulation free, after an eternity locked and forgotten in the depths of damnation!!!

So, as the boys ran across the farm chasing and laughing relic in hand, Strange things began to happen. The scarecrows that once guarded the crops with a silent vigil began to kick and scream as they tore themselves asunder as they fell from their lofty posts. The boys now mortified run as fast as they can away from the corn and across the fence and into the cattle field only to watch the livestock drop dead by the dozen as they made their way through the herd. Realizing that this thing was the source of this madness, the boys ran to the base of a great oak tree and rushed to bury it!!

As the last handful of dirt had fallen upon the earthen heap at the base of the tree. The Harvester, Now free from its imprisonment absorbs the souls of the two unlucky children and the great tree splinters and dies collapsing to the ground and setting a home for this entity who brings great sorrows to this land. Unable to exist on this plain without the harvesting of souls, It reawakens at harvest each year to absorb the lost and unknowing as they are pulled in to wander this cursed orchard, this place where the veil between worlds is thin and split.

SO BEWARE ye who seek to find the lost and the dammed, for you have been warned! And I do pray that you can return with your soul still intact. 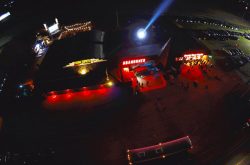 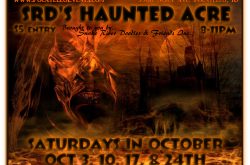 We absolutely love Halloween! A time to be anyone you want. Read more…