Is the Pickwick Hotel Haunted?

The Hotel Highland, formerly known as the Pickwick Hotel, was previously the Pickwick Club. Before that, it was a medical building that served surgeons and dentists from the early 1930’s to the 1980’s.

That’s not the only haunted floor in this hotel. Guests have reported many ghostly figures in their rooms. At the reservation desk, there’s been the sounds of a ball bouncing and small girl laughing. Often, people see her playing jacks near the desk. On the fourth and fifth floors, ghosts have been sighted. Two ghostly women were seen on the fourth floor while the fifth floor has, what’s been called, a friendly female spirit.

The basement of the medical building housed a morgue. In the hotel, this space is used for a gym, and guests have reported weird feelings while working out down there. The room would become freezing cold and a soft breeze would pass with the lingering scent of flowers. 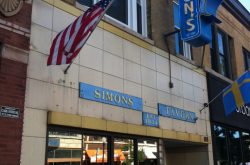