The Redmont Hotel in Birmingham, Alabama first opened in 1925. At the time, it was unusual for a hotel to have private baths for every room, and the Redmont was ahead of the curve. It was acquired in 1938 by renowned businessman Clifford Stiles, who converted the top floor into a private apartment for himself and would become one of the hotel’s most notable ghosts.

Clifford Stiles wouldn’t be the only man to inhabit the penthouse and later haunt the hotel. Hank Williams spent the last night of his life in the old apartment before his tragic and unexpected death in a car accident while on tour in 1952. Guests report seeing his specter wandering through the upper floors of the hotel.

A woman in white also wanders through the hotel, and rumors hint that she may have died in one of the rooms. The spirit of a dog lingers on in the hallways, and strange orbs show up in photographs taken inside the hotel. Guests have reported feeling a strange presence, occasionally accompanied by the sound of disembodied footsteps through the corridors.

Hotel staff won’t recommend any specific rooms for guests looking for a paranormal thrill, but something spooky is sure to happen during any stay with the plethora of extra inhabitants. 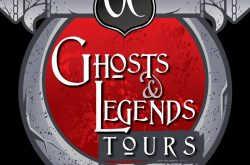 Orange County Ghosts and Legends is an organization dedicated to and specializing in anomalous and paranormal research. Read more… 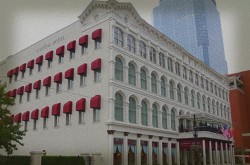