Strange noises, bottomless ghostly apparitions, and mysterious footsteps are just some of the unexplained happenings reported here. Located in Cody, WY, Irma Hotel has a long history dating to 1902 when Buffalo Bill built the place (and named it after his daughter).

While ghostly occurrences have been reported throughout the hotel, room 35 is said to be especially paranormally active. In addition to finding rows of glasses moved and hearing jangling spurs in empty rooms, employees have also reported catching an occasional glimpse of Buffalo Bill himself. 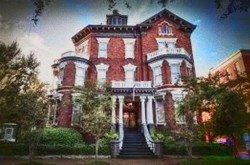 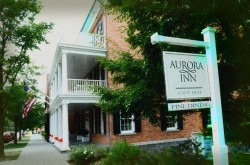