Choosing and attending a university is one of the most difficult decisions a student can ever make. Family history at an institution, faculty with award-winning accolades, and even die-hard allegiance to the sports programs are just some of the reasons that help decide where someone goes. But what if your choice was a university that is haunted? Marquette University is perhaps the most haunted school in the entire state of Wisconsin.

Marquette University was founded all the way back in 1881 and stands a private Roman Catholic school that was initially built by the Jesuits under the instruction of the local Bishop of Milwaukee. The university was built in regards to the ever-rowing German population in the Milwaukee area. Growing throughout the decades by adding many academic programs, Marquette emerged as one of the more established private university powerhouses in the Upper Midwest area. But as students have shuffled in and out over the years they have naturally walked away with a degree, but many have also walked away with an unintended education in paranormal encounters as well.

One of the most haunted places on campus is within the Schroeder Hall dormitory. Particularly on the ninth floor is where most activity has taken place. It’s difficult to label whether the spirit is a simple poltergeist or something more sinister. A student confessed to the university’s newspaper about an encounter with the spirit which resulted in a mysterious broken ankle after being spooked to the point he was reaching for his Rosary before he felt his ankle snap. Supernatural tensions were so high that the priest was brought in to bless the room to quiet down any activity. Another student had what some believe to have been actual tinted ectoplasm seep through the dormitory wall! Even with cleanup and inspection, there was never a true source or cause for the mysterious liquid to form.

Down campus at Humphrey Hall, the paranormal activity there is just as compelling. Objects have frequently been known to move around mysteriously or even disappear completely before being returned. This part of campus was formerly the children’s hospital decades ago and many think that the departed spirit of a child wanting attention is the likely cause.

The Haunted Johnston and Mashuda Halls

Over in Johnston Hall, a long-standing story had a young Jesuit priest committing suicide there many years ago in 1963. Doors opening, mysterious tapping sounds, and even a low moan sound have been heard by students there. And even at Mashuda Hall, objects that levitated and moved caused such a disturbance that there is a long-standing rumor around campus that an actual exorcism was performed in the hall so as to end the paranormal activity!

Today, Marquette University still enjoys both high academic, and sports success. Activity is few and far between on campus, but as with anything regarding such institutions of record, there are always ghost stories that are here to stay. 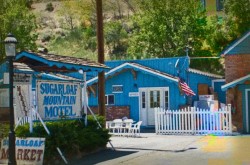