The Menger Hotel in San Antonio, Texas has a haunted history like none other. The hotel is quite welcoming, with many hospitable rooms ranging from single beds to parlor suites. However, you’ll find that its sordid history has this 316-room hotel placed firmly at the top of Texas’s Most Haunted list.

Originally built in 1858 next door to William Menger’s brewery, the hotel’s long and occasionally bloody history has left at least 32 distinct ghosts living within its walls. Many of them have persisted through remodeling and have taken to drifting through walls where doors used to be, much to the dismay of unassuming guests.

Guests looking for a scare will certainly not be disappointed. While the living identity of many of the Menger ghosts is unknown, a consequence of its nearness to the devastation at the Battle of the Alamo just a few yards away, The Menger ghosts have a few famous haunts on their roster.

The Ghosts of the Menger Hotel

Sallie White, a young maid working at the hotel, got into an argument with her husband one spring afternoon in the late 1800s. She took refuge in one of the hotel’s guest rooms for the night, but her husband, incensed, sought her out the next day. She was badly beaten but hung on for two days before she succumbed to her injuries and passed away in the hotel. Her funeral was provided for by the hotel’s owners, and today she appears more often than any of the hotel’s otherworldly residents.

Captain Richard King, the one-time owner of Texas’ King Ranch, learned that he was dying. Rather than pass on in the comforts of his own home, he booked his favorite room at the Menger, where he stayed until his illness overcame him. Though his room has since been remodeled, legend says that the bed frame is still the same one he sought out for his last moments, and his funeral service took place in the hotel parlor.

In addition to Captain King and young Mrs. White, other reported incidents include unseen kitchen help who carries utensils from counter to counter and the unknown man in buckskin who accosts guests coming out of the shower with his repetition of a single question: 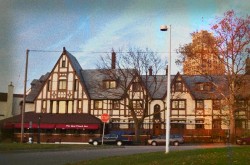 Niagara Falls is one of the most popular tourist attractions in the world. Read more… 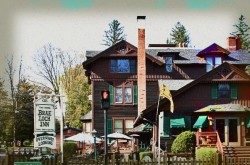