Published by FrightFind On July 20, 2022 Leave a response 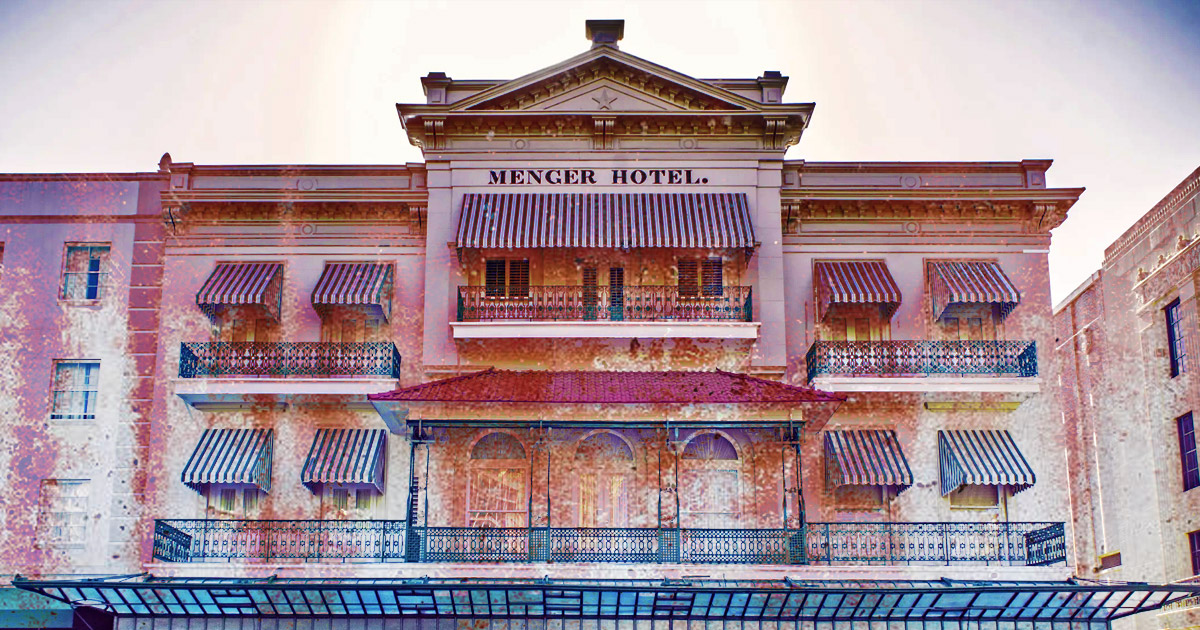 San Antonio, Texas, is a city with lots of bloodshed in its history. From the Battle at the Alamo to the infamous serial killers such as the “Railroad Killer” and “The Alligator Man”, the city has seen plenty of violence. Despite such troubles, the city is a wonderful destination for someone looking to take in all the charming beauty that Texas and its people have to offer. The Menger Hotel is one such upscale and elaborate place to stay when visiting the city. However, the Menger Hotel has been labeled as “The Most Haunted Hotel In Texas” by many paranormal groups.

Is the Menger Hotel Haunted?

Constructed in 1859 in the famous Alamo Plaza, the Menger is a three-story, picturesque love letter to Victorian-styled hotels. From the charming Spanish courtyard to the museum-level historic mementos displayed throughout the hotel, the Menger is an extraordinary and graciously decorated hotel. As majestic and busy as the hotel is, it is also very busy from the paranormal end. Just how busy? Over the years, paranormal enthusiasts estimate up to an astounding thirty-eight different spirits haunt the hotel.

The Ghosts of The Menger Hotel

With so many spirits claimed to be wandering the hotel’s property, the encounters and paranormal hallmarks are absolutely all over the place. Sallie White was the name of a former maid at the Menger who was murdered by her husband in 1876 on the property. Over the years, many guests have claimed to see the woman in period dress who floats through the hallways and sometimes walls! Other times, guests find that someone is furiously turning their hotel room doorknob from the outside, but upon opening the door discover an empty hallway and nobody there. Despite the action, most employees at the hotel brush off the behavior as her keeping up with her housekeeping duties by checking to see if rooms are occupied.

Another ghost is affably named “Frisky”, a male spirit who takes particular supernatural glee in playing with a female guest’s hair. A top floor room has had dozens of sightings over the years of a younger man in period, nineteenth century soldier dress, who appears and then disappears in guest room chairs at all hours of the day.

The Girl and the Indian

The spirit of a Native American man has been recalled as seen near the bar area over many years as well as a dark-haired younger girl’s disembodied torso has appeared in photos. She was reported to have been viciously struck by a fast-moving horse carriage and died on the spot in front of the hotel. Her spirit is known to peek out from the corners of areas in the lobby as if to spy on visitors.

Despite the aforementioned paranormal activity, the hotel is regarded as one of the premier places to stay in San Antonio, if not the state of Texas in general. Many United States presidents, celebrities, and colorful dignitaries have enjoyed their stay at the Menger. Beautiful inside and out, the Menger is an experience that can literally be seen and most definitely believed.

Want to check out some other haunted hotels in Texas? Here you go!