Until the 1940’s the families of the dead would keep their deceased love ones in their homes until the time came for burials. A family member would have to stay with the body at all times until it was buried to keep the animals from disturbing it. This was called, “the wake”. This could go on for days while the family members traveled from all around the country to pay their respects.

Over 65 years ago, old man Parker, his wife Nancy and daughter Mary, changed all that by providing their home (to these families) for this purpose. The dead would be brought to their home and the mortician would care for the body until the family could get together to say their goodbyes and bury their loved one. They named it, “The Parker’s Funeral Home”.

This business turned into a very profitable endeavor and the dead from miles around passed through the Parker’s home for many years until it was closed suddenly after the discovery of what had been going on behind the scenes.

Living in the shadows around death since childhood, old man Parker’s daughter, “Mary” lost her sensitivity for human life. After old man Parker and his wife met their fatal end in a plane crash Mary was left to carry on the family business. The business immediately started going down hill with the introduction of “big business” in town. People were overlooking the smaller family mortuaries.

In her hardened state, Mary started to salvage parts of the dead to re-sell on the black market. She would remove the organs from the bodies without the love ones knowledge and sell them to people in order to keep the Morgue alive. This paid more then the mortuary business over time. It soon became the primary source of income for Mary with the Funeral Home being the front to hide her grizzly works.

Soon, the town was not supplying her with enough bodies to keep up with her buyers demands. That’s when Mary started creating her own victims. She would lure the homeless and runaways around the town with promises of a job and place to stay. They would follow Mary right into her traps. She would remove their body parts in the most horrific ways and discard the remains in the graveyard or cremation chamber.

This went on undetected until one trusting transient found himself in her trap and managed to escape. He was able to make it to the police and tell them the horrifying practices going on. The FBI raided the back rooms of the Parker House and seized the home with all its contents in their original state of torture.

After more then 20 years of probing and investigations conducted by governmental agencies, the “Parker House” was put up for sale.

We have bought it and reassembled it in its original state in order for you to witness, first hand how awful the tortures really were.

We can’t wait to see you there… 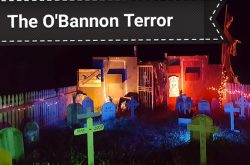 There will also be a concession stand on site with hot dogs, smores and much more!

The Obannon Terror Haunted House in Garden City, Missouri This is the haunt that scares you from every angle and has a scare for everyone. Read more… 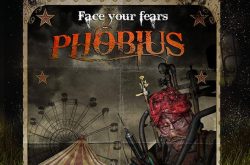 Phobius Haunted House will NOT be open for the 2019 season. There were many factors that went into this decision. Read more…