Home » Haunted News » The Scariest Animal Movies of All Time

The Scariest Animal Movies of All Time

Published by FrightFind On February 17, 2016 Leave a response 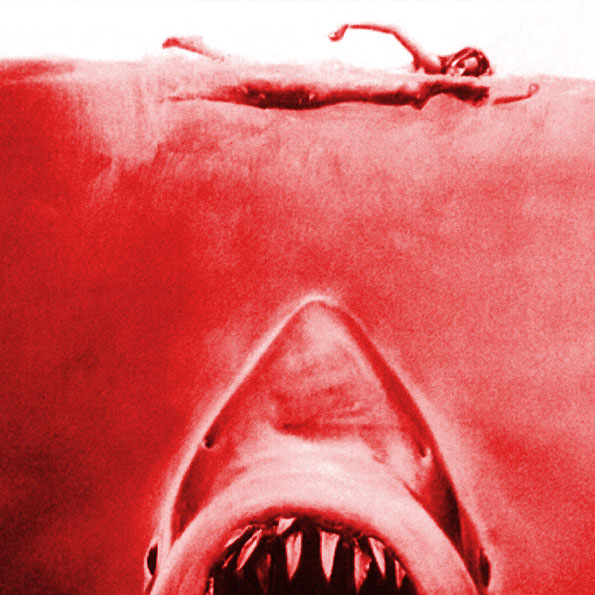 Some of the most famous scary movies of all time feature animals. Some feature natural predators, while some are thought of as usually a little more cuddly. We’ve ranked our favorite scary animal films that keep you jumping. Where do you rank these? What are your favorites?

When reality meets genuine horror, there are few things in life that can compete for all-out chill-to-the-bone horror. There is nothing more fearsome in the water more terrifying and real than a great white shark that wants your blood. Jaws made the entire country think twice about going in the water. Anytime a beast transcends the big screen to haunt your waking hours, you’ve got a truly frightening animal.

In the same vein as monster sharks, a previously benign St. Bernard turns rageful after contracting rabies. If you ever wanted to see what happens when a formerly lovable dog becomes an insane killing machine, this is the movie to watch. The dog literally unravels right before your eyes as it gradually descends into a dark, vicious bloodlust. Cujo is a true horror classic written by the King of Horror, Stephen King. Or maybe he just hated Pintos?

Alfred Hitchcock is undisputed as one of the best suspense and horror movie directors of all times. Even today, The Birds is still a nerve-wracking look at how wildlife can turn on humanity, and seek us out as prey. It starts out simply enough, but as the numbers of the birds grow, the violence and severity of the bird attacks increases. This is one of those brilliantly paced movies that continually builds tension throughout until it finally hits a breaking point where chaos takes over.

You’re in the water and there is nowhere to run. When a shark attacks, you at least know that you’re contending with a single vicious animal. Since piranhas attack in schools, there isn’t much you can do to defend yourself. The feeding frenzy that ensues is sure to make even the most assured swimmer paralyzed with fear. This is one of the movies that came out in the wake of Jaws, and it’s an example of one of the more successful man versus nature movies. The attack starts innocently enough. First a slight sting, then a nibble and before you know it, you’re the next meal.

Crocodiles are scary enough when they are in the wild. Sprinkle in a little malevolent intent, and you’ve got the making of a truly frightening, nail-biting experience. Black Water is even more frightening when you realize it’s based on a true story. The cloudiness of the water makes this movie even more frightening since you can’t see what’s coming. Part of the fear comes from not knowing where the next attack will come from.

Rats! Need we say more? If this movie teaches us anything, it’s don’t mess with a guy whose best friends are a bunch of sharp toothed rodents. This 1971 horror classic lead to another classic (Ben) and a remake in 2003. The success of Willard led to several other animal themed horror films in the early 1970s. Some are on this list.

While nobody believes that a gorilla the size of King King could really exist, the sheer size and power of this monster makes you suspend your disbelief and watch in fear. The realization that any one of the characters could be squashed in an instant strikes real fear into the hearts of the audience. It’s a classic film, and it’s one that eventually has you rooting for the monstrous gorilla as it tries to protect a woman originally provided to the beast as a sacrifice.

Are you a fan of Starship Troopers or any gaint bug movie for that matter? Skip them all and watch the original. This 1954 classic didn’t just feed off of people’s fear of bugs but it came along at a time when atomic tests in New Mexico were the norm. What would all this desert radiation do? Apparently it turns ants into giant people eating creatures that only the military can destroy. Awesome!

This movie is to blame for the slew of spider horror movies that have been released throughout the years. Most people are already afraid of spiders. And who wouldn’t be afraid of a creature with multiple eyes and legs that strings a web to catch its prey. We’re all told that spiders are more afraid of us than we are of them, but this movie attempts to prove otherwise. As the spiders breed and kill, it seems there is no stopping them as they begin to take over the entire town.

The Swarm is another classic that has been remade in various forms throughout the years. Most people are already afraid of bees. When you give them a supernatural ability to seek out and kill humans, they become downright terrifying. The most horrifying scene in the movie is when a family has a picnic that ends in devastation.

When you’re in the mood for a truly scary animal movie, these classic movies won’t disappoint. Many of these movies also have sequels to make it possible to extend your movie night into a horror-filled weekend.