THE BASEMENT is a completely immersive experience where you and your friends are locked in a room and forced to find your way out by any means necessary.

In the winter of 1964, Edward was born to Virginia W. Tandy-Winthrop, a retired wartime nurse and father, James P. Tandy, a coalmine worker in West Orange, New Jersey. On the morning of Edward’s 4th birthday, his father James was killed in a violent accident that took place in the mines near their small rural home. Edward was devastated by his father’s death, but it was his mother Virginia who took it the hardest.

Virginia left her job at the local hospital and took up a new hobby – taxidermy. Her first project manifested in the family dog Giblet (or “Gibby” as Edward fondly called him). One day, when Edward arrived home from school, he found his mother bent over the living room table, her hands covered in

blood, a needle and thread in one, and a large steak knife in the other. She had made some amateur mistakes, but was able to preserve Gibby for the most part. When Edward asked why she had done something so horrible to the family hound, she happily replied “Your father told me that it was his time, boy” with a smile on her face.

Many times Edwards’s mother tried to convince him to take part in her new hobby, and when he refused, she would call him weak, wimpy, and ill prepared for the “horrible world that festered outside”. She would often beat him and burn him with lit cigarettes. Edward loved his mother in spite of her hallucinations, temper, and her new “hobby”. Through her dead husband’s words that echoed in her head, she was told to “teach them a lesson” and to “find the unique ones and spare them”.

When Edward was 19 years old, his mother developed a brain tumor and died 2 years later. Her last dying wish was for him to carry on her legacy in trying to bring a twisted sense of justice to the world. Edward went equally insane upon his mother’s death and became obsessed with mechanical engineering, taxidermy, and death itself. Within his obsessions, he came up with horrible ways to carry out his mother’s plans with animal victims as well as human ones.

You are Edward’s most recent victim…
will you be spared?

Test Your Luck! Get ready for a month of screams as the theme park you thought you knew just became the nightmare you’ll never forget. Read more… 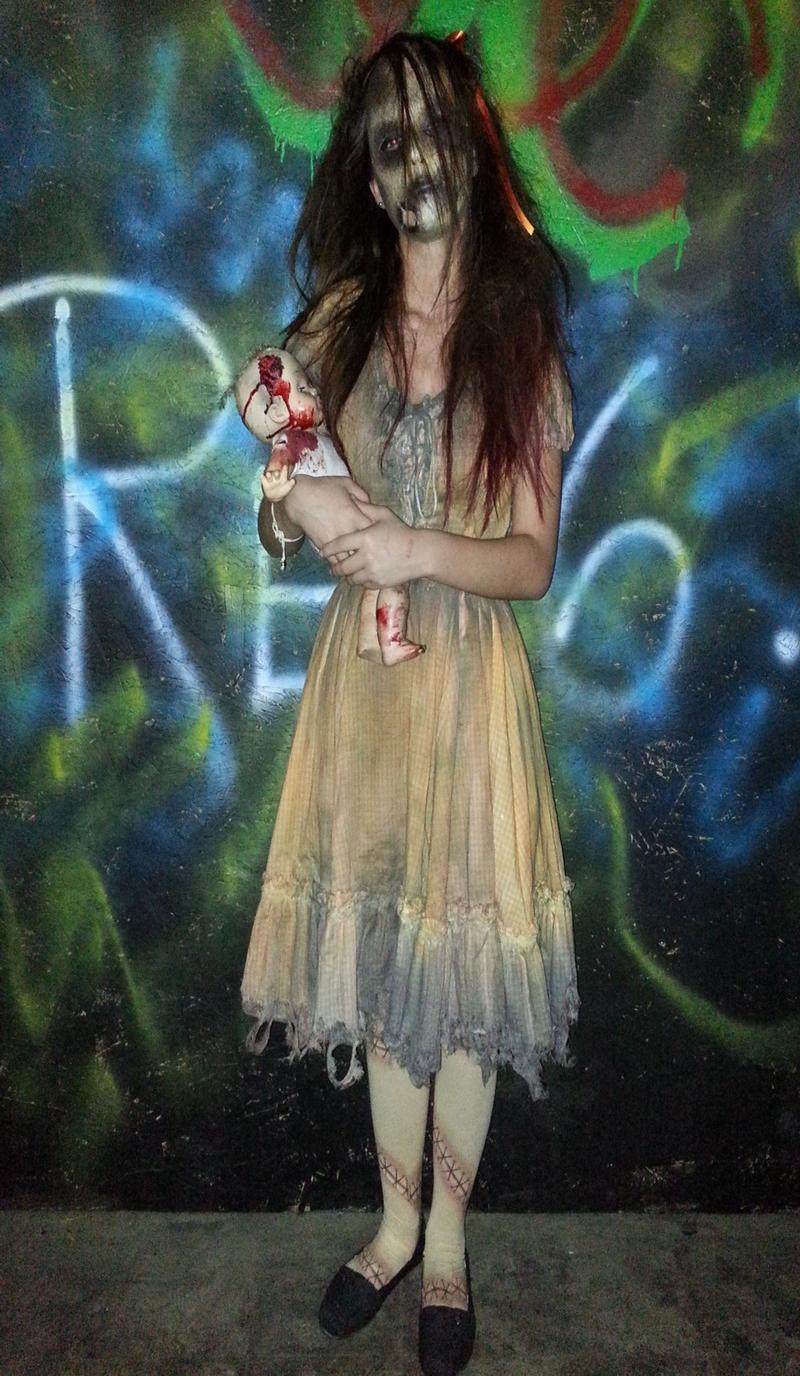 At Gates of Misery, let your sweet childhood memories be transformed into your worst nightmares. Read more… 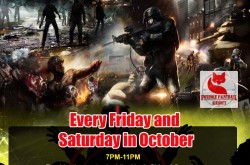 Every Friday and Saturday night in October 7-11pm

Walk our haunted trails geared with our m4 zombie hunting airsoft guns.   These zombies won’t shoot back , but they will bite. . Read more…

Verify ownership of
The Basement